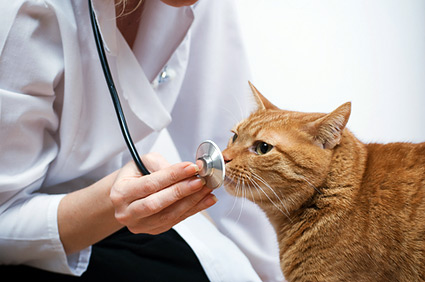 Nearly every free-roaming cat will one day need to see a veterinarian to have an abscess treated -- and by "treated," we mean surgically opened, flushed clean of debris, and sometimes temporarily held open by drains to let the wound heal with the help of time and some strong antibiotics. Sound awful? It is. And the cost of treating these injuries can really add up.

The good news is that an abscess is one of those health problems that can usually be prevented by keeping a cat indoors. That's because this common feline health problem is often the result of a puncture wound, specifically a bite from another cat during a fight over territory or mates.

A cat's mouth is a nasty mix of bacteria, and once that bacteria gets punched into another cat's body, the result will probably be an abscess. Think about it -- bacteria being injected with two bacteria-laden hypodermic needles (the cat's fang teeth) into a perfect incubator (another cat's 101 degree-plus body). The only possible outcome is infection.

The best way to prevent your cat from getting a bite-wound abscess is to neuter him to reduce his desire to fight over females. And, again, it would be even better to keep him indoors.

The bacteria in a cat's mouth is also why even relatively minor cat bites can become serious medical issues for humans, leading to hospitalization in some cases. Any time you're bitten or scratched by an animal, you should wash the area immediately with soap and water and have the wound checked out by your doctor.