Home ›
Dr. Marty Becker ›
Do My Dog's Cloudy Eyes Mean He Has Cataracts?

Do My Dog's Cloudy Eyes Mean He Has Cataracts? 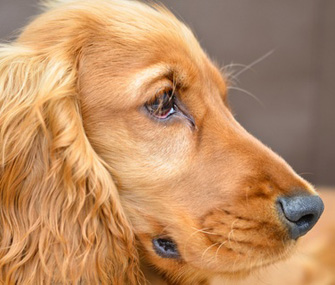 Q: I think my Cocker Spaniel doesn't see well at night anymore. His eyes are cloudy. Is it cataracts?

A: The cloudiness commonly seen in the eyes of older dogs is usually not a cataract, even though many pet owners assume it is. It's called nuclear sclerosis, and it generally doesn't affect vision. That doesn't mean your dog does not have cataracts, however, and it's also very possible there's another problem, as well, given your observations.

First, let's start with a little information about cataracts. In the eye, the lens helps focus light on the retina. A cataract is any alteration in the lens that causes a loss of transparency and the scattering of light. The loss of transparency can range from hardly noticeable to completely opaque.

A few common causes of cataracts include genetics, diabetes, age, accident and inflammation of the eye. Cataracts is seen equally among males and females but are seen more frequently in, yes, Cocker Spaniels, as well as Bichon Frises, Poodles, Boston Terriers, Miniature Schnauzers, Cavalier King Charles Spaniels, Wirehaired Fox Terriers, Labrador and Golden Retrievers, and Siberian Huskies. Because cataracts most commonly develops between one and five years of age in dogs, it's usually not a disease of old age, as it is in people.

Dr. Samuel Vainisi, a board-certified veterinary ophthalmologist and owner of the Animal Eye Clinic in Denmark, Wis., suspects your Cocker Spaniel more likely has a retinal problem than cataracts — although he could have both. Not seeing well in the dark, though, may be Progressive Retinal Atrophy (PRA), a common condition in Cockers.

You won't know exactly what your dog has and the treatment options available to you until you take your dog to your own veterinarian, who may suggest a referral to a veterinary ophthalmologist.