Home ›
Dr. Marty Becker ›
How Long Will Your Dog Live? It Depends on His Size

How Long Will Your Dog Live? It Depends on His Size 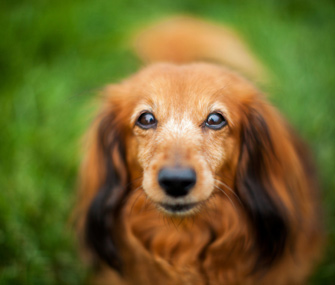 The oldest dog on record lived to be 29 years old! That was Bluey, an Australian Cattle Dog, who holds the Guinness title for longest canine life span, from 1910 to 1939. It makes you wonder if his long life was due primarily to his diet (reportedly kangaroo and emu) or the active life he led herding sheep and cattle on a ranch in Australia.

The reality, of course, is that a dog’s longevity is determined by many factors, including diet, weight, heredity and body size.

Dogs like Bluey and more recent canine oldsters, such as Pusuke, a Shiba mix in Japan who lived to be 26, are outside the norm, but we are seeing dogs living increasingly long lives. These days, it’s not unusual for a dog to live 15 years or more. The oldest dog I’ve ever met was a 22-year-old Chihuahua named Remo.

So why are dogs living longer? Here are a few things we know about canine longevity.


Dog Size Matters — and So Do Genes


Longevity correlatesdirectlyto breed size. Large dogs typically have shorter life spans than small or medium-size dogs do, and toy-breed dogs tend to live longest ofall. Giant breeds such as Newfoundlands, Saint Bernards, Great Danes and Irish Wolfhounds usually have distressingly short life spans of 6 to 8 years, although some have made it 10 or 12 years. I’ve even heard of a 15-year-old Mastiff. That’s ancient!

When it comes to aiming for longer lives for large and giant-breed dogs, the No. 1 rule should be "don’t super-size me." That’s because large- and giant-breed puppies should grow slowly, not reaching their full sizes until they are 2 to 3 years old.

I tell new owners of big breeds to start their pups on foods made for specifically for large-breed puppies. This type of food contains lower amounts of protein and mineral supplements than regular puppy diets, whichkeeps him from putting on too much weight too quickly. Keeping large-breed pups slightly thin and giving them a full two to three years to reach their mature size puts less stress on the skeleton and organs.

Staying lean and fit is also an important part of canine longevity. As a rule, heavier dogs have shorter life spans. Studies have shown that slightly underweight dogs live an average of two years longer than overweight dogs.


In addition to size, genetics is undoubtedly linked to long life. Genes influence the rate of aging and the types of diseases to which animals are prone. Just as with people, the length of time an individual dog will live is likely determined in the womb. Factors that may affect a dog's life span include the mother’s diet during pregnancy and how long the pup’s ancestors lived.

If you’re buying a purebred puppy of any size, ask the breeder how long her dogs typically live and what they usually die of. The answers can help you know what to expect from your pup’s life.