Protect Your Pet From These Modern Hazards 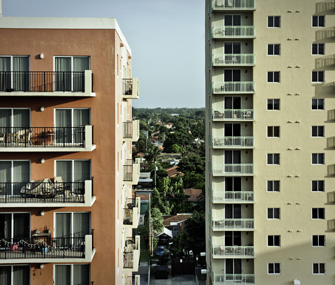 It happens every spring: Apartment dwellers open the windows to let in some fresh air, and the next thing you know, we're hearing about cats falling — or even jumping — out of those high-rise windows. It's not the cat's fault — chances are, there’s a bird on the rail and he leaps for it. Or he's just sort of careless while catching some sun. Surprisingly, many of these cats survive the falls, a phenomenon called “high-rise syndrome.” Credit their ability to rotate into a perfect landing position while falling. But even if your cat does land on his feet, that doesn't mean there won't be broken bones and even more serious injuries. So wouldn’t it be smarter not to fall at all? To the human mind, certainly. But that’s just not the way the feline mind works.

"When cats evolved, there were no high-rise buildings. There were trees," says my colleague, Dr. Louise Murray of the ASPCA's Bergh Memorial Animal Hospital in New York City. "Their instincts work against them now. They have a strong instinct to go after any moving object. When they fall ... a cat could grab the bark of a tree and save himself, but he can't grab concrete and metal with claws."

That’s why it’s essential that we look out for our pets, including making sure cats who live the high life don’t get a chance to take a tumble. Our pets often follow their strong instincts, and that can lead them into trouble if we don’t protect them from what their instincts weren’t designed to cope with: modern life.

Often, animals wind up at the vet's office with a condition we veterinarians refer to as “HBC”: Hit By Car. Although the trend toward indoor cats and stronger leash laws mean we see fewer pets injured or killed on the roadways, there are still far too many who lose their lives this way. While some dogs are still allowed to chase cars — a very dangerous pastime — most pets who are hit just don’t realize the speed and the danger of a vehicle on the road.

Wouldn’t it make sense to stay out of the way? And don't dogs have plenty of sense? When I see people walking their dogs off-leash near busy roadways, I know that’s what they’re thinking. Their dog hasn’t left their side before, so he must understand the risk of the roadway, right?