Six Myths About Cats and Dogs 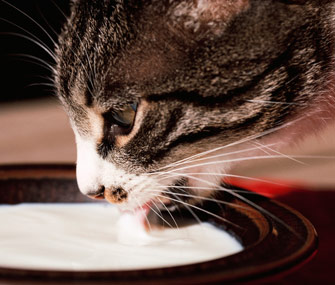 We veterinarians trade stories about pets and pet owners the way kids used to trade baseball cards; our favorite stories are about the crazy pets — and pet owners — we encounter in our practices. It’s a coping mechanism, in part; just as in human medicine, when you’re dealing with sickness and death, you have to indulge in “gallows humor” now and then to release some the stress. The most interesting stories always seem to center around some form of misinformation, the stuff people “know” about pets that’s out-of-date or just plain wrong. And while a lot of wrong things people think they know about pets are pretty harmless, we veterinarians know we have our work cut out for us as communicators when people base medical decisions on bad information, such as deciding if a dog has a fever by how wet or dry his nose is.

The sheer number of myths about animals is so large that I’ve written two books on the subject: Why Do Cats Always Land on Their Feet? and Why Do Dogs Drink Out of the Toilet? I decided to go back into my notes and find six things people think they know about pets — three for cats and three for dogs — and give you the real story behind each.

True, False or Something In Between

Cats love milk. I grew up on an Idaho dairy farm, so I can tell you for certain this is true. But as a veterinarian I can also tell you that milk isn’t the best food for many cats. That’s because a fair number of cats lack the ability to digest milk: Some cats, like some people, are lactose intolerant! If your cat is one of these, you’ll know it because that bowl of milk will mean diarrhea. For those cats who can handle the white stuff, it’s fine as an occasional treat.

Cats will stay home if you butter their paws. I have to judge this one as false, even though every time I write about moving with cats someone will offer this suggestion. The idea is that the cat will clean off his paws, and in so doing realize that he’s home and not wander away. Alternately, he’ll leave a faint trail that will help him find his way back. In fact, cats are best moved slowly and gradually by keeping them inside, permanently if at all possible, since it’s safer for them.