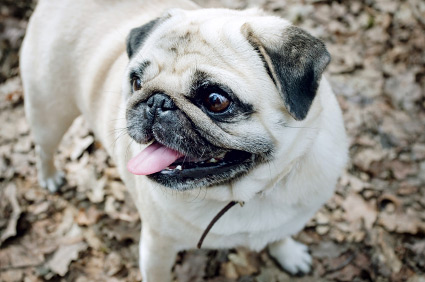 Did you know the term "dog days" has more to do with astrology and the constellation Sirius than with our canine companions here on Earth? It's one of dozens of cool facts from one of our books, "BowWOW! Curiously Compelling Facts, True Tales and Trivia Even Your Dog Won't Know." Even though your pooch may be none the wiser, we're offering more fascinating tidbits -- which at the very least should make an excellent conversation starter at your next visit to the dog park. Enjoy!

The average daily water intake for a dog is about 3 ounces for every 5 pounds of body weight, so a 25-pound dog would drink about a pint of water per day under average conditions. The amount goes up if the weather is hot, the dog is exercising or both. Depending on whether or not a pet eats canned or dry food, up to half of a pet's daily water consumption can come from food.

Dogs drink a lot of water, not only because they need it for normal bodily functioning, but also to create moist nasal mucous to help them with their keen sense of smell.

Dogs with extremely short muzzles and rounded heads are called "brachycephalic," and despite their adorable, almost human expressions, they have a host of health challenges related to their nonstandard-issue canine anatomy. ("Brachycephalic" comes from Greek roots, combining words for "short" and "head" to define these dogs perfectly.)

From the dog's point of view, being pug-nosed isn't much of a plus. The dogs are notoriously heat-intolerant and have such difficulty breathing that air travel is generally not recommended. The malformation of the skull often results in crowding of teeth that can cause dental issues. Snoring and drooling are also an issue.

The Facts About Panting

The idea that 1 year of a dog's life equals 7 human ones isn't accurate -- but the formulas to replace that easy-to-remember computation are too complicated to ever really catch on.

The first 8 months of a dog's life equals 13 years in human terms -- birth to puberty, in other words. At a year, a dog's a teenager, equivalent to a 16-year-old human, with a little filling out still to do. After the age of 2, when a dog's about 21 in human terms, every dog year equals approximately 5 human ones. But then you have to adjust for the fact that small dogs live longer than big ones.