Tips to Avoid Trading Diseases With Your Pets 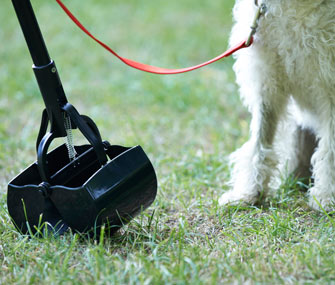 iStockphoto
To help prevent the spread of zoonotic disease, use a scoop or cover your hand fully with a poop pickup bag when cleaning up your dog’s feces.

I often have pet owners jokingly ask if I can treat their ills as well as their pet's. We veterinarians are trained to care for a multitude of species, after all — unfortunately, humans aren’t one of them.

The one time that you should ask your veterinarian about human diseases, though, is when you’re concerned about a zoonosis (zoe-uh-NOH-sis).

What Is a Zoonosis?

It’s not a disease you get from visiting the zoo. A zoonosis (the plural is zoonoses) is a disease that can be transmitted from animals to humans — and vice versa: Many infectious diseases in humans can also be transmitted to animals.

Your veterinarian is well versed in these diseases, maybe even more so than your regular physician. For instance, veterinarians learn about toxoplasmosis at least four times during their education, in courses on feline medicine, parasitology, zoonotic diseases and public health.

Zoonotic transmissions from pets to humans can include parasites such as roundworms, fungal infections such as ringworm, bacteria such as those involved in cat scratch disease and salmonellosis and deadly infections such as rabies. While MRSA infections can pass between humans and pets, it's relatively rare occurrence.

Some diseases have a reputation for being zoonotic but aren’t truly much of a risk for the average person. Take giardia, for example. The type that commonly infects dogs and cats isn’t the same as the one that commonly infects humans. In the rare instances in which transmission does occur, it’s usually because the person in question has a deficient immune system.

Fortunately, the likelihood of acquiring any zoonotic disease from your cat or dog is low. People at greatest risk are children, who may be careless about hand washing, and individuals whose immune systems aren’t functioning at their best, including seniors and people with illnesses such as cancer or HIV.

The best way to stave off zoonotic diseases is by avoiding them in the first place. Healthy pets who receive parasite preventives and are dewormed on a regular basis are less likely to acquire pests that can cross over to human caretakers. Rabies vaccinations help protect dogs and cats who come in contact with rabid animals and in turn help protect humans from the fatal disease as well.

Wash your hands with soap and running water after handling food, especially raw meat or eggs (whether it is for yourself or your pets) and dry or raw pet food or treats. These items can all carry salmonella bacteria. You should also wash your hands after handling your dog or cat, especially if you then go into the kitchen to make yourself a sandwich or fix dinner for the family.

Teach children the handwashing habit from an early age. They are often susceptible to zoonotic diseases — not only because their immune systems aren’t fully developed but also because they are more likely to put their hands in their mouths after touching dirt contaminated with roundworm eggs or picking up pet poop. They may also go barefoot on grass or dirt where infectious organisms such as hookworm larvae can lurk.