Tales from the Vet Tech Trenches 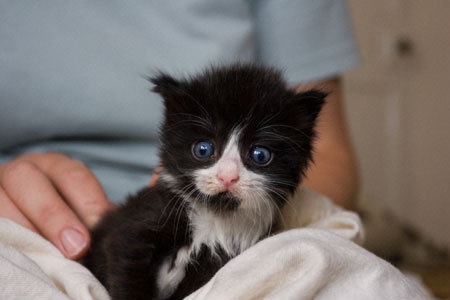 Alamy
Rescuing abandoned animals seems to just come with the territory of being a vet tech.

As part of our National Veterinary Technician Week coverage, we've learned about everything from the profession's relatively young roots to what it takes to make it as a giraffe-wrangling zoo vet tech. But we couldn't neglect another stellar source of information about the occupation: the vet techs and assistants who work right here at Vetstreet. From crawling into dumpsters to rescue kittens to saving wild ponies from overpopulation, these hard-working veterinary professionals sure have some interesting stories to tell. 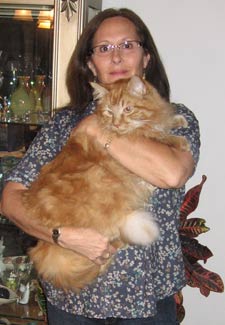 Have Golf Cart, Will Travel

As a veterinary technician for the past 30 years, Kim Novick, CVT, a product support specialist for Vetstreet, has witnessed the evolution of veterinary medicine firsthand. For Novick, that progression has meant having to find ways to make do with less.

“In the 1980s, I was the first radiation therapy technician to work in the radiology department at the Veterinary Hospital at the University of Pennsylvania, and back then, the veterinary hospital didn’t have its own MRI machine," Novick says. "So if we needed to do an MRI, we had to take the sedated animal across the campus to the human hospital in a golf cart -- even in the snow. The cart was covered, and the animals were wrapped in blankets and secure, but we got a lot of strange stares from the students as we drove by!” 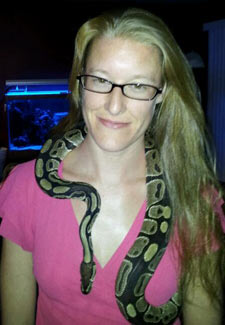 Victoria Celia is a professional services technician at Vetstreet, but five years ago, she worked as a laboratory animal technician who cared for a bevy of creatures, including rats, cats, frogs, dogs, ferrets, rabbits, primates, guinea pigs — and even the occasional wayward mouse.

“One day, a mouse got loose from his house and ran right toward a glue trap that was set up for insect control. Luckily, I saw it happen and sprang into action," Celia says. "It took me and three technicians about 15 minutes to free the mouse, being careful not to injure him. In the end, he was fine — minus some hair!”

Like many vet techs, Carreen McCarthy, CVT, a technician manager in the Professional Services Center at Vetstreet, spends much of her spare time rescuing animals — even if it means that she has to get down and dirty. Her favorite anecdote revolves around two kittens who she retrieved from the trash. Don't worry, this one has a happy ending. 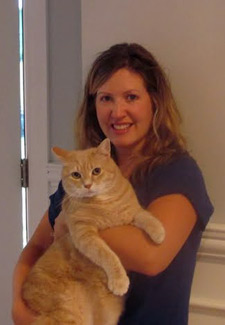 “Last year, I received a call from a woman in Philadelphia who suspected some kittens had been thrown in a dumpster, so with the help of a fellow rescuer, we fished them out and brought them to a vet," McCarthy says. "Despite being filthy and infested with fleas, they were in fair condition. The sister, who we named Paisley, ran around like a normal kitten, but her brother, Peanut, was very wobbly and would fall over when he ran. It was determined that the little guy had a developmental disorder called cerebellar hyperplasia."

Not one to give up easily — she did root around in the garbage to rescue Peanut, after all — McCarthy decided that euthanizing the kitten wasn't an option. "He wasn’t in pain, so I felt that he deserved a second chance, especially after what he'd been through," she says. "As the weeks went by, he figured out how to deal with his disability and no longer fell over when he played. Both he and Paisley were adopted and they're now happy and healthy cats.” 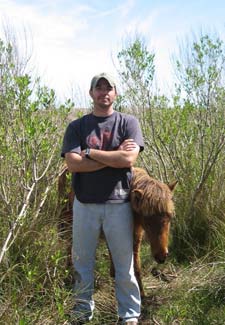 Who's Going to Help Those Wild Horses? Before joining Vetstreet as a customer service representative, Bill Muir worked as a vet tech for 10 years. He spent half of that tenure at North Carolina State University, working with horses at a large animal hospital — that is, when he wasn't heading into the field on excursions to an island inhabited by wild ponies.

“Each year, a group of veterinarians and technicians would go to Cedar Island, known for its wild ponies, to do population control. Since the island could only support about 15 adult ponies, five breeding stallions, and 30 foals, we had to castrate a specified number of males to keep their numbers at a manageable level," Muir says. "As a vet tech, it was my job to corral the ponies, and then assist with the anesthesia and surgery. It was an amazing experience — the highlight of my career.”