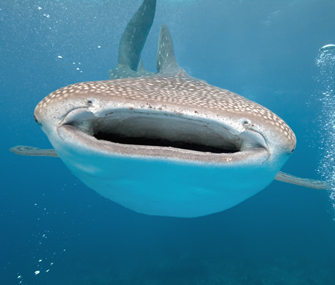 Thinkstock
The whale shark has the distinction of being the largest fish on earth.

Cue the Jaws soundtrack . . . It's that time of the summer again: Shark Week! This year marks the 25th anniversary of the Discovery Channel sharkathon, which premieres on Sunday.

Although it's true that terror typically sets in when most people think of sharks, there's actually a lot to love about the aquatic creatures.

Vetstreet talked to University of Miami Rosenstiel School of Marine & Atmospheric Science shark expert David Shiffman about the many reasons why sharks are awesome — some of which may surprise you.

Everyone thinks of the great white shark first, but there are almost 400 species of sharks that come in all shapes, sizes and even colors — like the pink goblin shark. They also live in a wide variety of habitats, including beneath the ice of the Arctic.

Are You Impressed By Big Animals?

Then you should love the whale shark, which is the largest fish on earth. (Yes, sharks are fish.) The whale shark is as big as a school bus, yet it's probably one of the least scary members of the shark family because it eats only microscopic plankton.

Do You Appreciate a Beautiful Coral Reef?

These top predators keep such ocean ecosystems in balance. According to Shiffman, if sharks disappeared, "it [would] throw the whole food chain out of balance."

Scientists believe that fewer sharks on a reef results in an uptick of grouper populations, which sharks would otherwise eat. And more grouper means fewer parrotfish, and since they eat algae, "fewer parrotfish means too much algae, which can kill the coral, which is a unique habitat for thousands of species."

Do You Value Hard Work?

Sharks have amazing adaptations for hunting, such as their sense of smell. "It's not true that they can smell a drop of blood a mile away, because that's not how smell works," Shiffman says. "But they can smell very low concentrations of blood and stress hormones."

They can even tell the direction of a scent because they basically smell in stereo. The difference in time that a scent arrives at each nostril tells them where to go to follow prey.