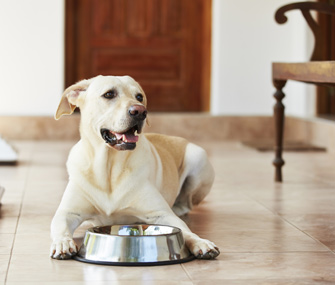 “She hardly eats!” “I’ve tried everything, and he won’t eat any of it.”

“She always gets bored with her food after only a few days.”

“He’s the most finicky cat in the world.”

“She’ll eat it for a week, and then she’ll never eat another bite.”

“Since he was a puppy, he’s only ever wanted to eat every other day. It drives me crazy!”

Ask any veterinarian, and she’ll tell you just how common such grievances are. Despite the deluge of obese pets in my patient population, plenty of pet owners bemoan their pets’ persistent low appetite.

The pets I'm referring to have always had fastidious eating habits. They’re otherwise normal, and despite exhaustive diagnostic testing, their veterinarians can find nothing wrong with them.

The Agony of the Untouched Bowl

You’d think a lack of appetite would be a good problem to have. I mean, a low food drive would seem to suggest that weight control would be easier for the pets. But here’s the thing: It’s not always obvious how to deal with pets who don’t seem hungry.

When a physical examination, basic workup and even advanced diagnostics reveal little, if anything, wrong, it’s hard to know for sure what’s amiss with most of these picky pets. As it turns out, “unhungriness” is enough to make most owners anxious about their loved ones’ health.

Perhaps it’s that the pet-only fare just doesn't cut it compared to the good stuff on the stovetop. Maybe the animals' appetites are naturally less pronounced than others'. In any case, there’s no easy way to differentiate those possibilities from the less likely alternative: that the animal is ill and may require specialized testing to determine what is awry.