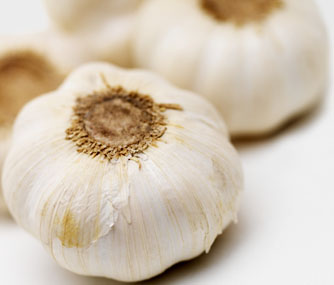 I spent four hours one day last week trying to clean motor oil off a patient whose owner had tried to use the slick substance to kill mange. It was a fundamentally bad idea — and not just because motor oil is probably more dangerous to dogs than it is to mange mites. Turns out the poor dog wasn’t even infected with mange in the first place. Every once in a while, I have to treat a patient whose owner’s best intentions, coupled with a disregard for modern veterinary medicine, have combined to produce a spectacularly bad medical crisis — like these eight unfortunate scenarios.

I've seen owners try lots of interesting oral “drenches” for poisonings, like pouring a mixture of olive oil and milk down the ailing pet’s throat to force vomiting. In one notable instance, a patient who’d just bitten a bufo toad arrived thoroughly drenched in this concoction. Unfortunately, his lungs had been drenched, too, and he later died of aspiration pneumonia.

Where should I begin? The motor oil for mange was just a warm-up when it comes to homemade methods of treating parasites. Consider Pine-Sol, vinegar, Clorox, turpentine and linseed oil. One poor Maltese who I’ll never forget came in tinged purple after she’d been dunked in a linseed oil/gentian violet dip for fleas. She didn’t die, but I don’t think the magenta hue in her snowy white fur ever quite went away.

Yes, really. This was perhaps the most impressively stupid example of pet remedies gone wrong that I’ve ever witnessed: Imagine a dog with weepy red sores all over her body. When I asked what was up with the crazy sores, I was told that the ticks had been “particularly bad” that week. Apparently, this owner’s approach to removing ticks involved a bottle of rubbing alcohol and matches.

The human-only versions of NSAIDs (nonsteroidal anti-inflammatory drugs), such as ibuprofen and naproxen sodium, constantly top pet poison lists — and not just because animals have a tendency to get into our stashes of candy-coated pills. Apparently, our willingness to medicate our pets with non-pet-specific drugs is killing them with "kindness."

It’s long been known that this drug is a bad idea for cats. Yet people still think it’s “safer” than other drugs for their cats. Well, nothing says really sick (or really dead) cat like a dose of acetaminophen, because felines are not able to break down the drug properly, which leads to a deadly blood disorder called methemoglobinemia.

6. Guarding Against Fleas With Garlic

Garlic — especially the raw variety — has a reputation for toxicity in pets. Pets who ingest too much of it get a nasty form of anemia. But this doesn't stop owners from believing that they can repel insects like fleas by giving animals excessive amounts of the stuff, which would presumably create an everlasting garlic odor.

I recently had a client who explained to me that her pets did not need the harsh drugs that “all veterinarians” recommend for preventing parasites. A morning dose of salt, “a few days in a row every so often,” was all that was needed to keep the wormy things at bay. After chatting up a vet friend on the subject, he informed me that turpentine was once employed throughout Greyhound racing kennels to deworm dogs. The product was billed as Jacksonville Jazz. Scary.

One of my colleagues, an oncologist, recently told me about a sad case of lymphoma in two young dogs, which was almost certainly the result of a chronic application of DDT in the owner's small yard. He’d had some of the old stuff in his shed, and he figured that it could work for his pets' tick infestation. For his sake, I hope he used gloves and a mask.

With all this in mind, let me say this one more time, please talk with your vet before treating your animal.