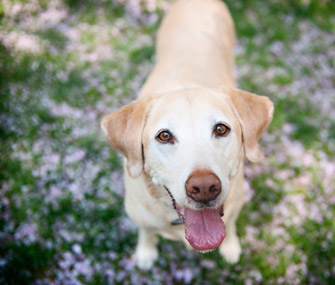 Leesia Teh, Animal Photography
For the 26th year in a row, the Labrador Retriever is the most popular dog breed in the United States.

The American Kennel Club announced its list of the most popular dog breeds in the U.S. on Tuesday — and the family friendly Labrador Retriever has retained its number 1 spot for the 26th consecutive year. “The Labrador Retriever has a strong hold on the top spot, and doesn’t show signs of giving it up anytime soon,” said AKC Vice President Gina DiNardo. “The Lab is such a versatile dog that it’s no wonder it makes a great companion for a variety of lifestyles. Keep your eye on the Rottweiler, though. It’s been quietly winning hearts over the past decade.” The Rottie moved into the 8th spot on the top 10 list for 2016. The list also includes the German Shepherd Dog, Golden Retriever, Bulldog, Beagle, French Bulldog, Poodle, Yorkshire Terrier and Boxer. — Read it from the AKC