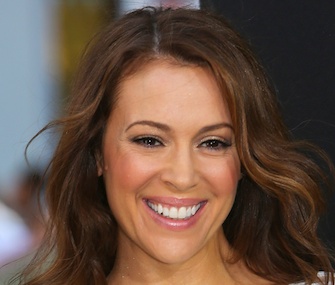 Actress Alyssa Milano recently made headlines for standing up for herself after comedian Jay Mohr joked about her weight. Now, she’s standing up for a dog in South Korea who desperately needed help. Bomi, a Jindo mix, was found in a terrible situation last April, where she was chained and being raised for slaughter. She was covered in mange.

The South Korean rescue group CARE took Bomi in, and contacted The Fuzzy Pet Foundation in Santa Monica, Calif., to ask for help. They turned to Milano, who they described in a video they posted about the rescue as a “staunch supporter.”

The animal activist, who has 10 rescue horses and four dogs of her own, didn’t hesitate.

“They contacted me and said that they were trying to get that dog over here, and would I be willing to help, support, fund, whatever? And I said, 'Of course!' " Milano, who stars in ABC’s Mistresses, told PEOPLE on Thursday. "It took a while to get her here." 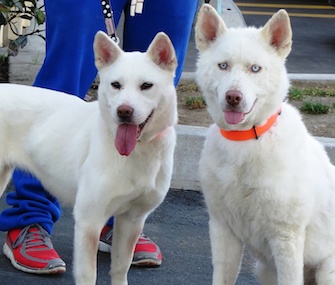 Bomi, whose name is derived from the Korean word for spring, arrived in California in November. Since then, she’s gotten the veterinary care she needed and she’s quickly developed trust in people. "She's in a foster home, she's completely cleaned up, all of her skin infections are gone, she's happy, she has doggy play dates, and she gets along with everyone," Milano said. "It's pretty miraculous!"

The Fuzzy Pet Foundation is now looking for a forever home for the beautiful, gentle white dog.