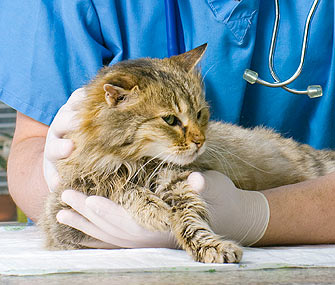 The American Cancer Society (ACS) is the official sponsor of birthdays, and it's having a big one of its own this year: the 100th anniversary of its founding in 1913.

The focus on cancer treatment and prevention in people came after the turn of the last century as infectious diseases were controlled and antibiotics became commonplace, making pneumonia and other bacterial infections treatable rather than fatal. Preventive healthcare, like vaccines, stopped childhood fatalities due to smallpox and polio. Life expectancies increased and, as a result, death due to cancer zoomed to the top of the worry list.

Today, 12 million people alive in the United States alone have survived cancer. In fact, more than 350 lives are saved each day that otherwise would have been lost to cancer. How did this happen? The ACS funded early research that allowed Dr. Sidney Farber to successfully treat leukemia in children, putting ACS at the forefront of funding research into developing successful chemotherapy protocols. More recently, the ACS has funded studies leading to many groundbreaking therapies including imatinib, the prototypical targeted anticancer agent.

The story about cancer in pets is remarkably similar to the ACS story. The Morris Animal Foundation projects nearly half of all dogs will develop cancer in their lifetime, and cancer is the number-one killer of dogs over the age of two.

Prior to the development of the canine distemper vaccine in the early 1950s, the disease could kill all the dogs in an entire neighborhood. Today well-cared-for dogs and cats, receiving routine preventive healthcare, rarely die of infectious diseases such as distemper, parvovirus infection or the feline parvovirus known as panleukopenia. Following the trends in human health care, dogs and cats today are living longer than ever before — long enough to develop cancer.

Cancer treatment protocols for both dogs and cats have paralleled those in human oncology. The successful treatment that Dr. Farber developed for children afflicted with leukemia used a single drug. Initial chemotherapy treatment for dogs and cats also used a single agent. Today, cancer treatment in both pets and people utilizes multidrug protocols, radiation therapy, minimally invasive surgery and a highly trained team of cancer care experts. And the advancements continue in veterinary oncology as well. Two target chemotherapy agents were recently approved for the treatment of cancer in dogs increasing veterinary oncologists’ ability to successfully control canine cancer.