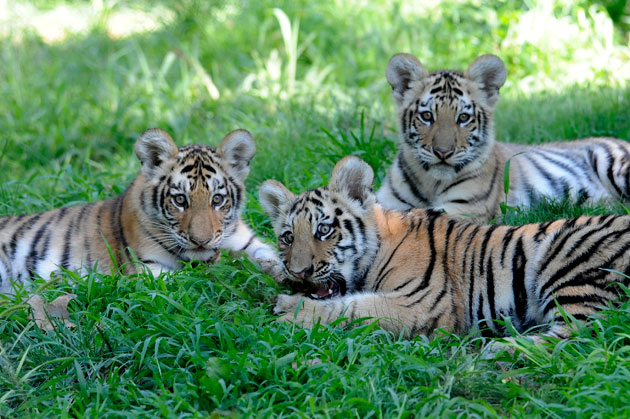 There's a new striped spectacle at the Bronx Zoo — in the form of three Amur (also known as Siberian) tiger cubs. The litter of one male and two females was born to mother Katharina and first-time dad Sasha. The youngsters each weighed less than three pounds at birth, but you wouldn't know that from looking at their current 45-pound frames!

The zoo hopes the cubs' presence will help educate visitors on the plight of the wild tiger. Conservation societies estimate that there are only 3,200 of these majestic creatures left in the wild, and only a third of them are breeding females. Amur tigers are typically found in northeastern China and eastern Russia. If you're like us and can't get enough of these darling cubs, check out the video below of them romping around with their mom.