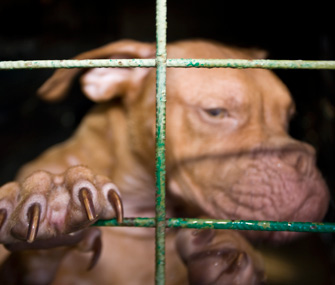 National Dog Fighting Awareness Day is this Wednesday, and the ASPCA is using the month of April to create a social movement to put an end to the cruel practice. They’re asking animal advocates across the country to #GetTough on dog fighting by spreading the word on Facebook and Twitter and taking a photo with your own pup in front of their downloadable #GetTough sign. They’re also encouraging supporters to sign a petition asking the U.S. Department of Justice to create harsher sentencing guidelines for dog fighters. — Find out more from the ASPCA