Bloodhound and Owners Rescued After Sliding 150 Feet Down Cliff 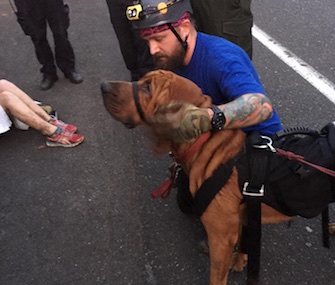 Oregon Humane Society / Facebook
Duke, a young Bloodhound, and his owners were rescued after sliding down a cliff in Oregon.