Home ›
Our Pet Experts ›
Mikkel Becker ›
Can I Train My Dog Not to Roam?

Can I Train My Dog Not to Roam? 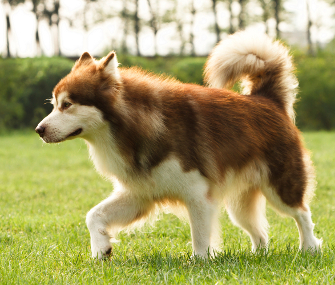 Q. Sometimes my 7-year-old rescue dog gets out of our fence. Do you have any hints for training him not to take off? And is this even possible?

A. You’re facing a difficult training issue because dogs are built to explore. For thousands of years, dogs were scavengers and likely traveled great distances in search of food, water, shelter and even mates. Our dogs weren’t originally made for living within the confines of a home, a fenced yard and a leash — and they seem to know it. The sense of adventure and joy a dog has when he is free to discover a new environment off leash and without restraint is evident even to the most casual of observers.

What Causes Dogs to Wander?

There are certain dog breeds that almost have “roaming” attached to their breed description. Siberian Huskies are notorious escape artists, and once they are out, they tend to run without looking back. One Husky in my puppy class would regularly escape from the backyard and not stop until he was caught, often running for miles despite the fact that his paw pads would be rubbed raw by the cement.

Roaming behavior is also strongly linked to reproductive status and can be drastically reduced in up to 90 percent of dogs once they are altered. I was helping a family with an intact male Pit Bull who made a habit of escaping out the front door in hot pursuit of smells — in particular, those emanating from female dogs. Though we worked on teaching the dog to sit and stay rather than to bolt out the door, the first logical step was to have him altered.

In addition to these factors, many dogs are mentally and physically understimulated. This leaves them with an abundance of energy that needs to be released, and roaming is a valuable outlet for this energy. Once a dog has experienced the thrill of escaping from the house or yard, the behavior can seem to become addictive. My first dog, a Fox Terrier named Scooter, was brilliant in her escape attempts, and they were often successful. Scooter took it as her job to diligently watch the door for any chance to bolt, and she craftily made her attempts around family who were slower to react, such as my grandparents. I remember being seven or eight years old and racing wildly after her with tears streaming down my face, hoping I would catch her before she was lost or ran into traffic.