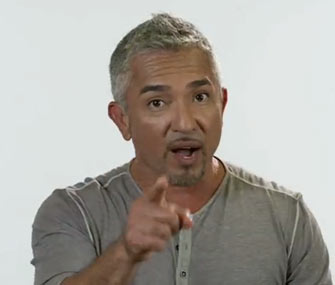 National Geographic
Dog Whisperer Cesar Millan announced this week that the final season of his controversial show will premiere in July.

The ninth season of National Geographic’s "Dog Whisperer with Cesar Millan" will be the last one for the controversial show, Millan announced on his Facebook page on Wednesday. The final season will premiere on July 7, and will include four episodes filmed in London, site of the summer Olympics, and feature several celebrities, including Kelsey Grammer and Hugh Hefner. The trainer has filmed more than 150 episodes of the "Dog Whisperer" during its run.

"I am so thankful to all the Dog Whisperer fans that embraced the show over the years and made it such a huge success," Millan said. "It was bittersweet filming the final episodes, but they are a lot of fun and turned out to be some of the best cases ever.”

Not everyone agrees with Millan's dog training tactics, but his Facebook announcement attracted comments from several hundred of his fans and followers.

But Millan, 42, also says on his Facebook page that he won’t be going far — he’s already working on a new show called "Leader of the Pack," which focuses on “the important issue of dog abandonment and finding homes for ‘unadoptable’ dogs.” He says he’s working with Nat Geo Wild, the network where "Dog Whisperer" has been airing most recently, on the project. It will be filmed in Europe.