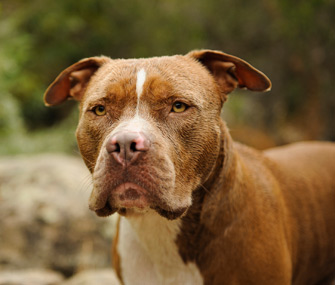 A new Pit Bull ban in Montreal, Canada, comes after a 55-year-old woman was killed in a brutal dog attack earlier this year. But the ban, which goes into effect Oct. 3, has been met with outrage and online petitions to stop it. The new policy requires that residents who currently own Pit Bulls register them by the end of the year or the dogs will face the possibility of euthanasia. The Montreal Society for the Prevention of Cruelty to Animals filed a lawsuit on Wednesday seeking to nullify the new legislation. — Read it at Time