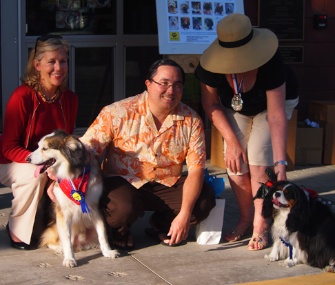 Meet Bentley James, the new mayor of Coronado, California. He’s handsome, friendly — and, yes, he’s a dog. The Cavalier King Charles Spaniel is the city’s third canine mayor, chosen from a delightful field of 18 dogs in a fundraiser for local animal rescue PAWS of Coronado.

The fundraiser brought in about $13,000, which is a pretty impressive voter turnout. The money will go to help cover medical care for the animals at PAWS, the all-volunteer rescue’s biggest expense.

Coronado’s human mayor, Casey Tanaka, revealed the election results on Wednesday night, just before an inauguration ceremony at the shelter. Bentley James, who had 4,677 votes, and his vice mayor, Blade, who was the runner-up, will serve two-year terms.

“There’s no hand on the Bible, no swearing in,” says Louise Shirey, a former president of PAWS, about the ceremony. But the mayor and all of the other candidates get ribbons with medallions featuring their names. The candidates who didn’t come in first or second still get chances to be council dogs, and Shirey says she hopes they’ll all be willing to represent PAWS by walking in the city’s Fourthof July parade.

Mayor Bentley James joins several other four-legged leaders from around the country. Check them out in our gallery below, and tell us in the comments if you have an animal mayor near you. 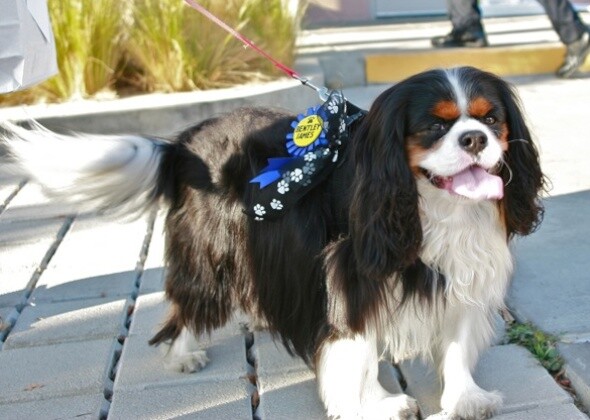 Bentley James was elected as part of a PAWS of Coronado fundraiser in April. He was the clear winner out of 18 candidates. Bentley James is Coronado’s third canine mayor and will serve the city for two years. 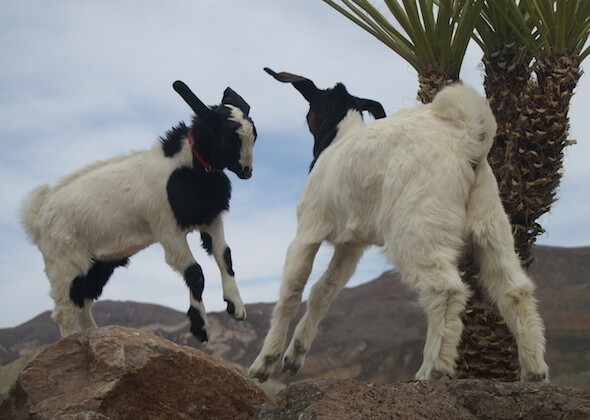 He may be a goat, but Clay Moore Henry, left, comes from a political dynasty. He and his siblings, who ran against him in the Goat Party primary in March, are direct descendants of famed Lajitas mayors Clay Henry, Clay Henry Jr. and Clay Henry III. Lajitas hasn’t had a goat mayor since 2002, and its return is being closely watched. The nominee’s brother, Clay Henry IV, right, plans to serve as his spiritual adviser. And his sister, Annabelle, who many residents of the tiny Texas-Mexico border town think was the rightful winner, will be first lady. Although no competitors for the mayoral post have emerged yet, a representative of Clay Moore Henry’s campaign says he’s confident he can head-butt any who come along before the general election in September. The election is run by the Lajitas Golf Resort. 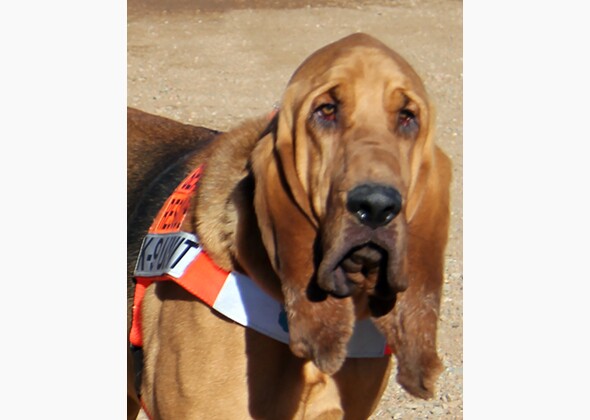 In April, this Bloodhound won a nail biter of a race against a wolf named Keyni to assume Divide's unofficial mayoral title. Pa Kettle came in first by a margin of just 55 votes. The online election was a fundraiser to benefit the Teller County Regional Animal Shelter; it brought in more than $12,000 by charging $1 per vote. Pa, who’s a member of the local search and rescue team, succeeds a three-legged cat. Pa made a campaign pledge to “allow all dogs in Divide a chance for seconds, no questions asked," his owner says. 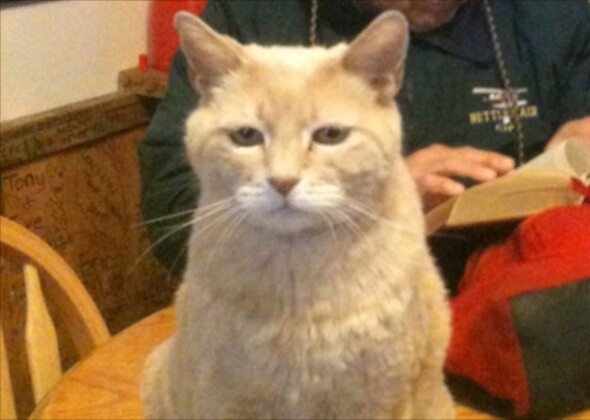 From his perch in Nagley’s General Store, Stubbs has overseen this small Alaskan town for 16 years. Legend has it that Stubbs won the mayoral election as a write-in candidate when residents weren’t happy with the human options, but the Alaska Dispatch clarifies that he didn’t actually win but was given an honorary title for his efforts. He’s held the post ever since, but it hasn’t always been easy. Last year, he suffered serious injuries when he was attacked by a dog. Though he made a surprising recovery given his advanced age, Stubbs' owner, Lauri Stec, says the 17-year-old cat may retire before this year’s tourist season hits. 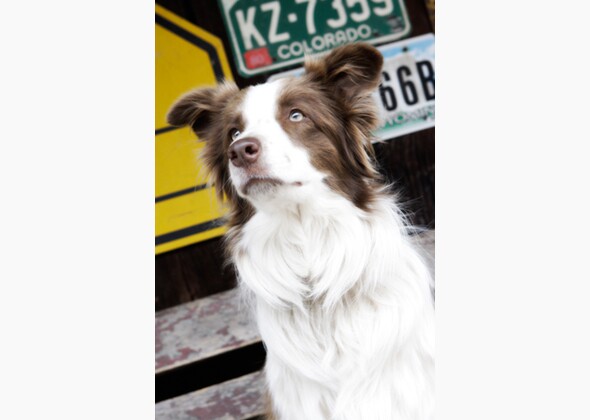 Border Collie Lucy Lou was only a year old when she was elected mayor of Rabbit Hash in 2008. The town of about 300 chose its first canine leader, Mayor Goofy, in 1998. He was succeeded by Junior the black Lab, who later became Lucy Lou’s mentor. Mayor Lucy Lou has been featured on CBS Sunday Morning and recently appeared in a public service announcement reminding her constituents of an important rule about their canine leader: “Do Not Feed the Mayor!!” Unlike many other towns with animal mayors, Rabbit Hash doesn’t have a human counterpart. 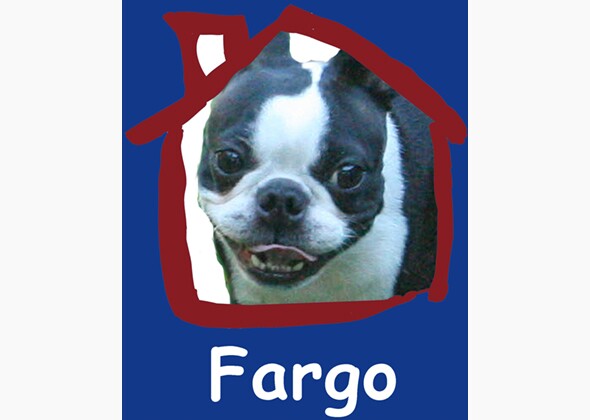 In July 2013, Boston Terrier Fargo trumped mayoral competitors, including Beaglatarian Jinjer and Labratarian Lucy to win the key to Eastsound Village. He succeeded Murphy, a Portuguese Water Dog. The Eastsound election is also a fundraiser, but for a human cause. Last year’s race raised nearly $8,000 for the Orcas Island Children’s House, a nonprofit early childhood learning center.