Home ›
Our Pet Experts ›
Dr. Patty Khuly ›
Does Paying More for Vet Care Alter Your Perception of Its Quality?

Does Paying More for Vet Care Alter Your Perception of Its Quality? 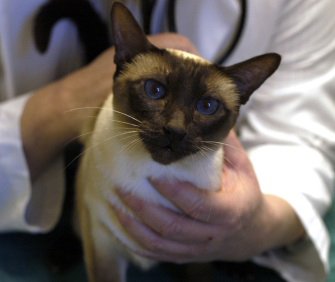 In the realm of marketing, pricing is one of the principal ways a company signals that its product is better than another's. So it should come as no shock that this approach also comes into play in the veterinary world.

The expectation is that the more you pay, the more you get. But that’s not always the way the world works, is it? We've all splurged on silly, frilly “value-added” goods and services only to be disappointed. Similarly, we’ve loyally patronized the rarer places –– hidden gems –– where the low prices never cease to amaze us.

In the vet world, sometimes people pay more because of superficial factors such as what the hospital looks like. For example, high, beamed ceilings, floor-to-ceiling windows and a full-service coffee bar would be tip-offs that a particular practice is pricier. An expensively designed space may also influence perception of the quality of care pets will get.

Still, it’s clear from observing human behavior that a high price –– if you can afford it –– is what some people look for. Whether you believe you’re subject to this kind of thinking, studies show that most of us, like it or not, respond positively to higher prices. Our perception of the resulting quality of any given product is inevitably higher than if we’d bought a comparable one at a lower price. I call it the Gucci factor.

But does this Gucci factor actually translate when it comes to services, too? Here’s a gratuitous example sourced from my own (often ridiculous) personal life:

Yes, I confess: For my birthday I bought myself a tattoo. Which is kinda funny since I’m not really a tattoo person. I’ve wanted this tattoo since I was in my midteens but was unsure I’d want it 20 years later. So now that more than 20 years have passed, I figured it was finally time to stop treating my skin like something immutable and precious (it’s becoming increasingly apparent that it’s not!) and just get the darn thing already.

But how does an average veterinarian settle on a tattoo parlor? Does she go to Yelp.com? Angie’s List? Ask advice from anyone she meets whose tattoos impress her?

I actually did all three, but finally settled on the principal method I recommend to my readers when seeking out a new veterinary hospital and veterinarian: Pick a slow day of the week and show up at places to see what kind of vibe you get. Meet the staff. Ask questions.

Me? I had to kiss three frogs before I finally found my tattoo prince. The downside? He was 20 percent more expensive than the others. But by the end of the service, I was so pleased I left a huge tip and a glowing review on Yelp for good measure. (Who says doctors don’t tip well?)

Which got me to thinking: As long as you have the resources, some things are worth paying more for. Something you’ll have on your body for life? Yes. Your pet’s health? Absolutely. The first may not compare to the second, but you get the picture. Sometimes you’ll pay as much as you can realistically afford to know you’re buying the best there is.