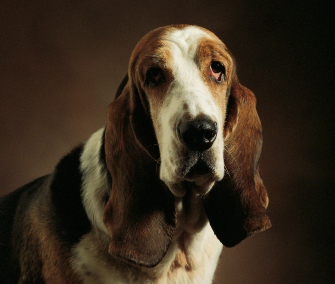 Thinkstock
A Basset Hound named George (actual dog not pictured) saved his life by dialing 999 as he choked on a telephone cord.

George, a 2-year-old Basset Hound from South Heindley, West Yorkshire, U.K., was strangled by a phone cord — and miraculously saved his own life by calling 999, the British equivalent of 911, reports The Sun.

George knocked over a heavy-duty, old-fashioned phone in owner Steve Brown’s home; he became tangled in the cord and wound up with it wrapped around his neck. Somehow, George — in the midst of choking — managed to dial 999 with his paw.

The emergency operator heard heavy breathing and gasping on the other end and alerted the authorities, who entered the house with the help of a neighbor, Paul Walker, who had a key.

Walker saw the dog choking and ripped the cord free from the phone to save him.

He told The Sun: "Incredibly you could see where his paw print was on the phone to ring 999 — he literally saved his own life."

George isn't sounding quite so dopey now, though.