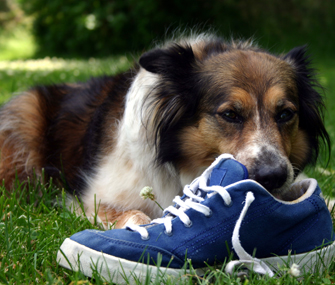 Thinkstock
The ingestion of nonfood items tends to occur more in dogs than cats.

A veterinarian friend once asked me for some advice. He was getting close to proposing to his sweetheart, and he’d been pondering all the cool ways that he might pop the question. Since his soon-to-be spouse was also in the profession, he wanted to treat her to a vet-special moment that she’d never forget. Unfortunately, his “special” approach to a marriage proposal involved his dog and an X-ray. His misguided plan was to entice Bruno to consume the expensive platinum band he’d bought. Given the dog's penchant for anything wrapped in bacon, it would have been a super easy thing to do.

Searching for the ring later? Not so easy.

Lucky for him, he asked for my advice before he made good on his plan, and I persuaded him to do the much safer thing and place the ring under Bruno’s belly instead to simulate an in-the-stomach look on the X-ray. For the record, she said yes. And Bruno got some bacon, too.

Dogs Do Not Discriminate

This, of course, brings me to the topic of this post: Dogs will eat the darndest things.

They love to consume random stuff for any reason and no reason — bacon-flavored or not. What’s more, they have no respect for an object's price tag. If dogs will eat kitty poo and rocks, why ignore the $200 fancy underwear?

Sometimes this stuff passes perfectly, but there’s no telling when that next sock, inedible toy or thong will lead to a life-threatening gastrointestinal obstruction. And that’s when things start to get really pricey. Those Gucci frames might have cost $500, but that’s only about a fifth of what they’ll end up costing you if they need to be surgically removed from your dog's stomach.

Ask any veterinarian and he’ll inevitably have a story that usually goes like this: Dog gets sick, starts vomiting, won’t eat, loses weight, gets X-rays and goes into surgery, during which a spongy object is removed that the owner identifies as a hunk of flip-flop. All hail the most expensive footwear on the planet!

As with everything else in life, it’s those hidden costs that get you — extra hidden, in this case.