Donations Pour in for Dog Who Survived Traumatic Porcupine Encounter 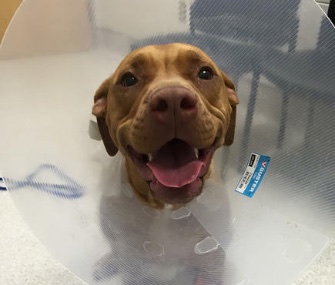 GoFundMe
Mahalo is recovering after a dramatic encounter with a porcupine threatened her life.

Dennis Mazur was walking his three dogs in Saskatchewan, Canada, last month when they encountered a porcupine. Although all three dogs were pricked, Mahalo had the most severe injuries. She had extensive surgery to remove the quills, and still requires a lot of care and additional trips to the veterinarian. Now, people from around the world are chipping in to help with the cost of her medical bills. A friend of Mazur’s set up a GoFundMe account, and more than $15,000 has been raised in about a week. “We never expected the support we have received,” wrote Mazur’s friend, Mike Gerrand, in an update on the crowdfunding site. “When we witnessed our story on National and International news sites, dog and pet groups, we were humbled by the support and well wishes from everyone.” — Read it at People Pets