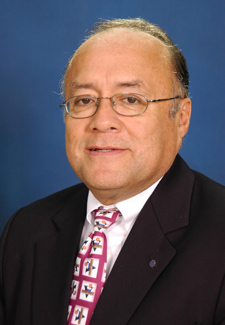 Dr. Guerrero has been Adjunct Professor of Parasitology at the University of Pennsylvania since 1983, with teaching duties in the professional veterinary program in parasitology. He has served on the Board of Directors of the Eastern States Veterinary Association and The North American Veterinary Conference, and was President of the North American Veterinary Conference from 2007 to 2008. He was Director on the Executive Board of the American Heartworm Society, and was in charge of continuing education and the organization of the scientific program of the triennial Heartworm Symposium from 2004 through 2010. He also received the Distinguished Veterinary Parasitologists Award for 2005, granted by the American Association of Veterinary Parasitologists.

Dr. Guerrero has authored or co-authored more than 180 refereed original research articles and book chapters, and in 2010 he co-authored a book in Spanish on helminth parasitic infections of dogs and cats. He is currently the President of the Latin American Veterinary Conference and is a member of the Board of Directors of the Southern European Veterinary Conference.