No trip to the beach is complete without a book to read. And not just any book will do — for Vetstreet's editors, the perfect summer beach read is light, entertaining, well-written and, above all, about animals.

Here’s what we’re reading this summer, from classics that have stood the test of time to a tearjerker so moving you'll want to have some tissues in your beach bag. 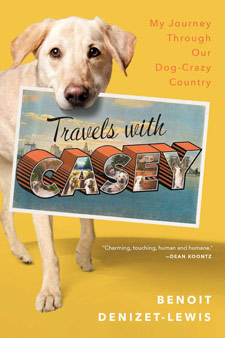 Travels With Casey, by Benoit Denizet-Lewis

As Denizet-Lewis travels — and bonds — with Casey, he explores America's relationships with dogs and what it means to be man’s best friend. At the beginning of the memoir, he quips: “I don't think my dog likes me very much.” By the end of their journey — well, you’ll have to read the book to find out. 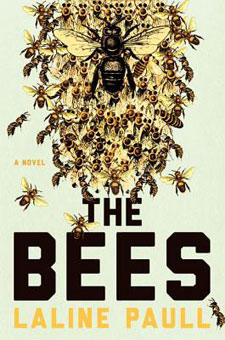 The Bees, by Laline Paull
It seems like the plight of the bees is all over the news these days. Laline Paull’s gripping debut novel, The Bees, will change the way you feel about the insects.

Flora 717 is a lowly sanitation worker bee tasked with cleaning up waste and burying the dead. But unlike the other bees in her caste, she can talk, she’s exceedingly brave, and she’s curious about the outside world. Flora’s special abilities could save her hive from a long, cold winter — or bring her to her doom.

Though the idea of a dystopian novel told entirely from the perspective of a bee may be off-putting for some, Flora’s narration never feels forced or contrived. (Thankfully, there is not a single buzz pun.) Believe us, you’ll be rooting for the tiny striped heroine — and for every bee you meet after you finish this book.

Travels With Charley, by John Steinbeck
In 1960, with his trusty Poodle, Charley, by his side, author John Steinbeck took to the open road in a camper named after Don Quixote’s old and stubborn horse. His goal was to see — and reconnect with — the “real” America. He recounted his journey in the classic travelogue, Travels With Charley. Though there is some lingering speculation that much of the memoir is embellished, it remains a stirring and emotional tale of a dying man taking one last adventure with his best friend.

Misty of Chincoteague, by Marguerite Henry
With the Chincoteague Pony Swim beginning on July 30, now is the perfect time to dust off Marguerite Henry’s 1947 children’s classic, Misty of Chincoteague. The story follows Maureen and Paul Beebe, siblings who desperately want to own Phantom, an elusive wild mare who for many years evades capture. When Phantom and her newborn colt are caught and auctioned off at a pony roundup, the Beebes finally get their chance.