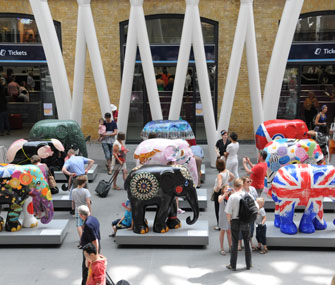 Photo by JoshPhoto.com
Some of the celebrity-painted elephant statues on parade.

October is Elephant Awareness Month. According to the World Wildlife Fund, both Asian and African elephants are at high risk of extinction, making this the perfect time to remind ourselves that these majestic mammals need our help out in the wild. Habitat loss and poaching due to the illegal demand for ivory are the biggest threats to elephants. Even though the Convention on International Trade in Endangered Species of Wild Fauna and Flora (CITES) banned the international sale of ivory in 1989, an increase in poaching for the ivory trade in recent years is now threatening African elephant populations that had been showing signs of recovery, and in 2011 the highest volume of illegal ivory was seized since 1989. Meanwhile, the largest threat to Asian elephants is habitat loss, which causes human-elephant conflict as these populations overlap.

Although the state of elephants in the wild can be discouraging, a number of conservation efforts are under way to help these threatened populations. Perhaps one of the most creative campaigns raising awareness and funds for elephant conservation is that of the Elephant Parade.

Marc Spits, cofounder of the Elephant Parade, was inspired to create this unique event during a visit to an elephant hospital in Chiang Mai, Thailand.

“There, he saw a baby elephant [named Mosha] who stepped on a landmine and needed urgent care and support as she had lost a large part of her leg from the blast. He wanted to help, but instead of writing a check, came up with the idea of Elephant Parade,” says Mike Spits, Marc’s son and fellow cofounder of the Elephant Parade. “He showed me his idea, and I offered to help him in his mission to not only help the baby elephant Mosha but offer help and awareness for the Asian elephant in general, as they are going extinct.”

Meet Some of the Elephants in the Parade 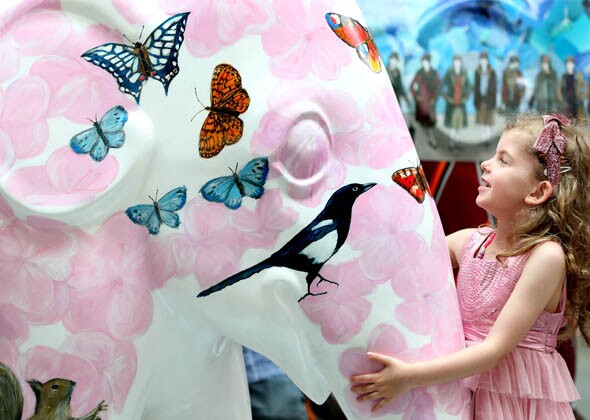 Samar Safieddine, age 4, from Beckton, England, with "Wild London," designed by Patricia Shrigley, at the preview launch of the Elephant Parade National Tour at King’s Cross station in London. 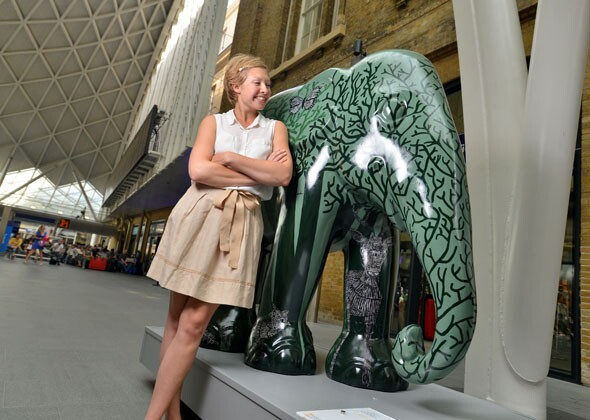 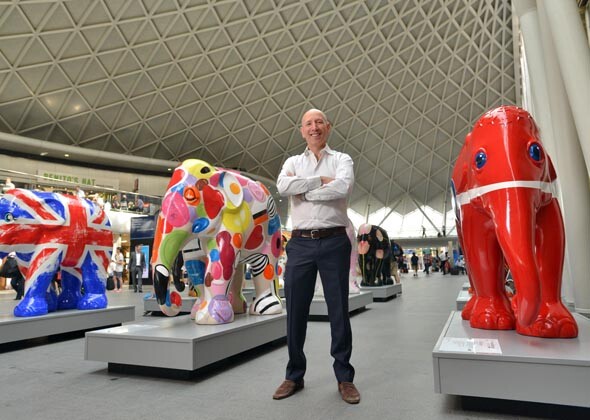 Mike Spits, cofounder of the Elephant Parade, poses with statues at King's Cross. 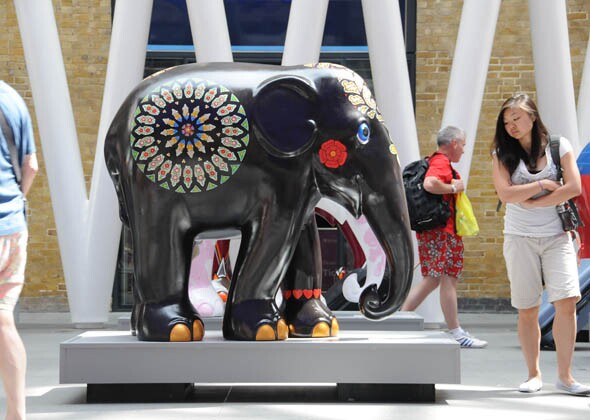 Angie Rogers designed her elephant statue based on the famous rose and heart windows of York Minster, the Gothic cathedral in York, England. "The Rose Window features the white and red rose symbols of York and Lancaster, respectively," Rogers says. "The design on the outside of the elephant is of the inside of the cathedral looking out." 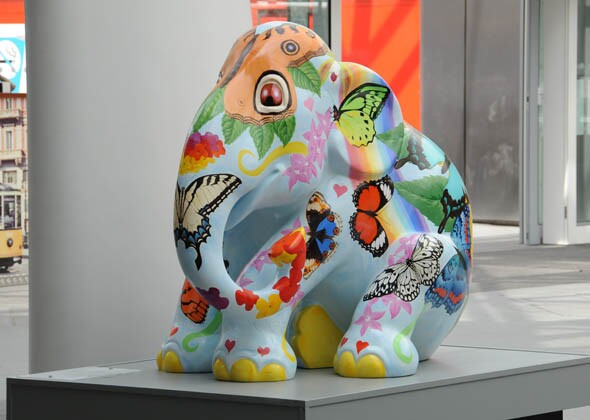 Jane Veveris Callan on the meaning behind her elephant: "The butterfly effect highlights the importance of each individual making an effort, no matter how small." 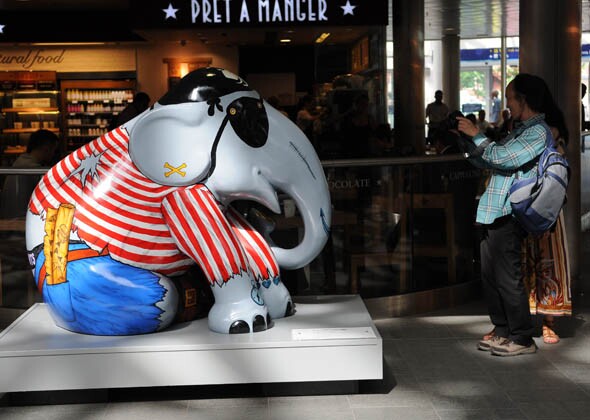 Keith Siddle and Yonis Abdulle collaborated to create this elephant statue. Abdulle is a schoolboy who came up with the design as part of his school's program. The statue was "inspired by Yonis' design, which was full of imagination," Siddle says. "The moment I saw it, I sensed Pira-Phant's potential to become a striking character that people of all ages could fall in love with."

Started in 2006, the parade is a traveling art exhibition of life-size baby elephant statues that are painted by famous or up-and-coming artists, architects and other celebrities. Sometimes school kids also get the chance to decorate statues. The exposition has traveled to many different countries, includingBelgium,Italy, and the United Kingdom. There are usually at least 30 and sometimes as many as 200 statues at each exhibit; a smaller Mosha statue is always included, to honor the elephant who inspired it all.