"Eufloria": Catnip Isn’t the Only Plant Scent Cats May Love 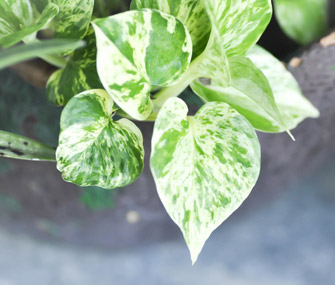 Thinkstock
In a recent study, 79 percent of cats had a "catnip response" to silver vine, the plant pictured above.

Cats seem to rely on their noses to understand the world more than we humans do. Cats detect smells and sense pheromones (chemicals produced and released by other cats) through their olfactory systems. For confined cats, appreciating the importance of their sense of smell can greatly enrich their environments, which generally means a happier cat.

Some cats find certain plant odors attractive, the most common example being nepetalactone from catnip (Nepeta cataria). Catnip’s effect results exclusively from its odor rather than its taste, and it is generally believed that it is not addicting or harmful to cats. For confined cats, catnip can be used as “olfactory enrichment” in the cat’s environment to improve their welfare and to make their lives more interesting. Cats typically respond to catnip (the so-called “catnip response”) by sniffing, licking and biting it; shaking or rubbing their head, chin or cheeks against it; rolling over in it; drooling; and even kicking at the material with their hind feet. This response has been described by some as “euphoric.”

Interestingly, catnip is not the only plant that some of our feline companions find attractive. Some domestic cats are also attracted to silver vine, Tatarian honeysuckle, valerian root and Indian nettle. This is fortunate, because about one out of three of domestic cats do not respond to catnip. While the allure of catnip is well-documented, a recent study investigated cats’ responses to some of these other lesser-known plants to provide support to anecdotal reports.

There also are some smells that cats seem to ignore and some they seem to actively dislike. These smells include citrus, strong cleaning products, some perfumes, air fresheners and cigarette smoke. Of course, likes and dislikes are very individual things, for a variety of reasons. For example, some cats appear to be genetically unable to sense catnip, and some scents may be associated with good or bad experiences in the cat’s past, just as they can be in humans.

Can Cats Smell Their Way to Wellness?

The best approach when trying to determine what scents might be beneficial for our cats is to simply “ask” them about their preferences. Offer some of the scented materials outlined here in a closed sock, one at a time, to try and enrich her surroundings. Watch her response to each one carefully and always check the safety of using each material with your veterinarian first.

You may notice that your cat acts differently when new scents are introduced. She may be attracted to or avoid places where the new scent lingers in your home, which she views as “her” territory. Your cat may also start to act differently around you if you change a personal scent. If you notice these behaviors, stop “sampling” the scent immediately so as not to add stress to your cat’s environment.

As with introducing anything new to your cat, be sure to supervise her the first few times you offer a new scent, especially if you have multiple cats. Also realize that sometimes these scents may make your cat more excitable for a few minutes. If she seems to be enjoying the scent, give her plenty of space and don’t attempt to pet her until she is tired out and relaxed. Interest in scents also fades with time, so be sure to remove any samples that you give your cat to play with as soon as she loses interest and offer them again at a later time. It is also worth mentioning that some cats just don’t seem to be interested in scents for whatever reason. For these cats, there are plenty of other enrichment opportunities to try until you find out what your cat likes best!