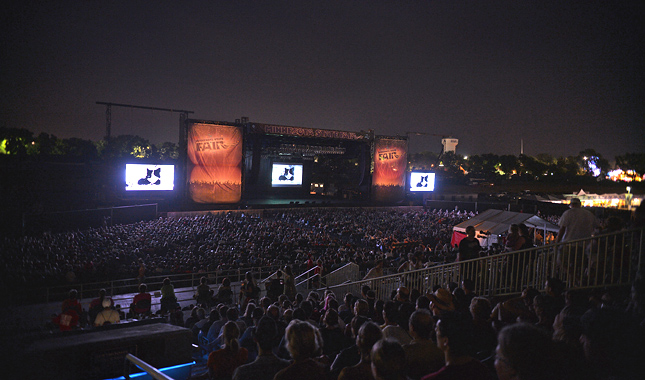 The Internet can make you feel like your cat is a slacker. All those videos of cats riding skateboards and sparring with blow-dryers, cats singing to acid rock and playing patty-cake — even cats using Facebook to trash-talk dogs! And at the 2013 Internet Cat Video Festival in St. Paul, Minn., cats did all this — and more. The brainchild of the Walker Art Center, a highly regarded contemporary art museum in Minneapolis, this year’s festival was held at the Minnesota State Fair Grandstand and was streamed live online around the world by sponsor Animal Planet.

If the organizers were surprised by the turnout at last year’s inaugural event — over 10,000 people (and sundry cats) attended — the event’s worldwide appeal is no less confounding. The museum has fielded nearly 300 requests to tour the festival in other cities from San Diego, Boston, and Portland to Vienna, Jerusalem, and Dublin.

The language of the cat, it seems, is universal.

Prior to the August 29 event, a team of 22 jurors sifted through more than 10,000 videos crowd-sourced by the online community from around the world to arrive at a 70-minute reel of 80 new videos. Like other award shows, the videos are presented by category, such as comedy, documentary, drama, foreign film, musical and even lifetime achievement.

The clips ranged from the awwwww-inspiring and artful to the silly — and at least one video that could only be the result of some heavy catnip influence. Some were shaky, handheld cell phone captures while others were slick, professional productions that included a crew of writers, directors, actors and composers. 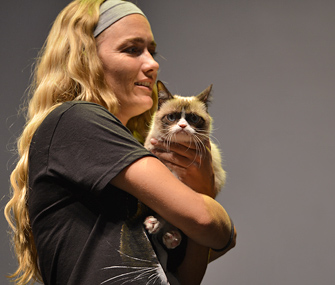 The festival has transformed the solitary practice of watching online cat videos into a communal experience; the thousands of cat lovers in attendance gathered together to view the videos on a series of jumbo screens. And the audience lapped it up, meowing in unison, shouting “cats are cool,” and joining in a sing-along led by a cat head bouncing over the onscreen lyrics.

As with other award ceremonies, many attendees saw the event as an opportunity to make a fashion statement. Some sported cat ears and tails; others wore stuffed cats on their shoulders or toted cell phones with furry feline covers. There were “It’s Meow or Never” T-shirts and whisker-painted cheeks. And most attendees, of course, wore a little cat hair as well.