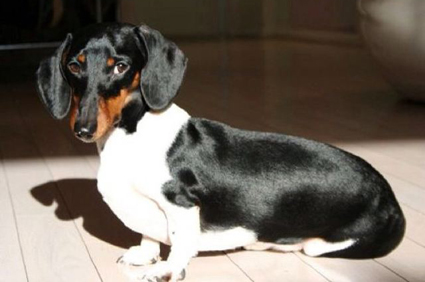 Norma Kamali / yFrog
Norma Kamali's Dachshund, Zeke, is clearly a source of much inspiration for the designer.

Leopard prints and cat-eyes aren’t the only animal inspirations impacting Mercedes-Benz Fashion Week’s fall 2012 shows both off and — occasionally — on the runway. Here are some furry fashionistas gathering buzz during this season’s run at Lincoln Center in New York City.

Zac Posen tweeted a photograph of himself and his black Poodle riding in the backseat of a car that was en route to Lincoln Center on February 7 for a walk-through of the venue.

This Dachshund Is the Man

Norma Kamali’s Dachshund, Zeke, posed as she prepared to show off her fall 2012 collection inspired by a jazzy Imelda May song, “Big, Bad, Handsome Man.” Perhaps a nod to her favorite pup? He looks pretty spunky to us!

Glamour.com gave the world a glimpse of femme designer Erin Fetherston’s pooches, Koala and Tulipan. Animal nods from her fall collection include a fuzzy shrug and a dreamy psychedelic feather print.

Jason Wu is more of a cat guy, which is why he's showing off his two felines, Jinxy and Peaches. Of course, Wu didn’t stop there: The designer’s ad campaign for his new Target collection features a black cat with a red bow. A scarf and a tote from the line bear the same image, which isn’t so surprising since the designer acknowledges that “even a cat” might be his muse.

Canine on the Catwalk

Wu's not the only designer to bring his favorite animals to the forefront: Designers Nicolas and Chris Kunz of Nicholas K debuted their dog, Jake, on the runway at the close of their show this week.