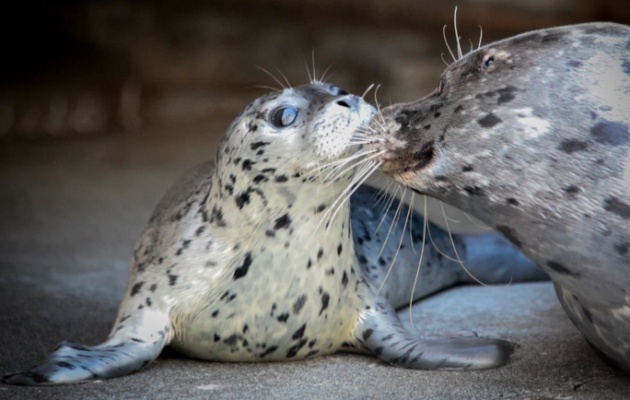 A 23-pound male pup was born to Shila, 8, on June 2, and is growing while he continues to bond behind the scenes with his mom.

Qilak (pronounced Kee-lak), a 9-year-old seal, gave birth to a 22-pound female pup less than two weeks later. They’ve joined Shila and her pup off exhibit. Both pups, who are nursing, need to gain a layer of blubber so they’ll be able to regulate their own temperatures.

“Qilak is being very protective of her pup,” Allen said. “She and Shila are both good mothers. They’re taking wonderful care of these newborns.”

The pups have the same dad, Q, 14, who lived at the zoo for just over a year as part of a breeding program before returning to the Seattle Aquarium to star in the facility’s new harbor seal exhibit. 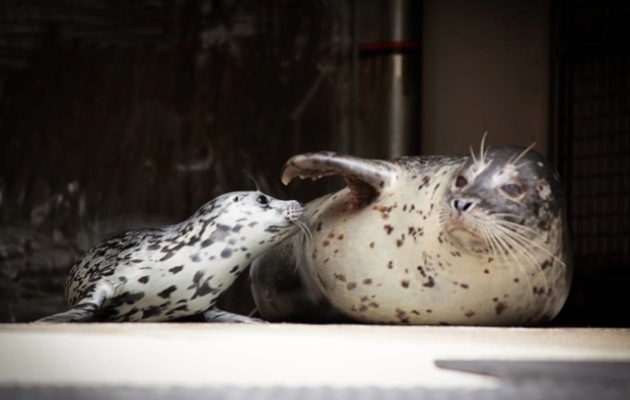