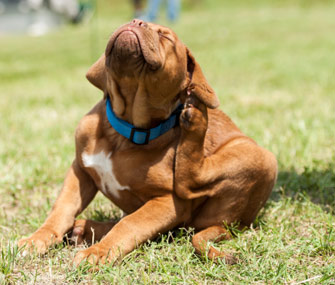 Fleas and ticks are more than just an annoyance to pets — and to pet owners, who have to listen to the scratching or remove the ticks. These unwanted critters are a potentially significant source of disease, misery and expense.

As the weather warms up, flea and tick season kicks into high gear. And that’s when claims at Veterinary Pet Insurance (VPI) for health problems related to these pests pick up, too.

As chief veterinary officer for VPI, I have both professional and personal experience with fleas. VPI’s offices are in Southern California, one of those places where the external parasites that plague pets never feel the effect of snowstorms and freezing temperatures on their life cycles. But even in parts of the country that experience a deep freeze in the winter months, fleas and ticks are a perennial problem.

Fleas and Ticks, Coast to Coast

When we discuss fleas and ticks, we're not talking about just two kinds of creatures: The Companion Animal Parasite Council has identified eight species of ticks and five species of fleas that prey on pets. Some of these parasites aren’t terribly picky about where they land, either — neither the “cat” flea nor the “dog” flea stick to the species it's named for, and ticks hop indiscriminately onto pets and people. As a result, people and pets often share some of the diseases caused by the pathogens that these parasites transmit, including Lyme disease.

People and pets also, of course, share the scratching. You’re probably already feeling itchy just reading about fleas and ticks, so I’ll go right to our VPI claims data for 2013. In order of frequency, here are the top five flea and tick related claims:

Veterinarians stress preventive care for good reason, and that’s especially true when it comes to fleas and ticks. While a simple, overlooked flea infestation often can be resolved by following your veterinarian’s advice, for some of the other health issues on this list, prevention is truly the only way to go. In the case of flea allergy dermatitis, for example, every flea bite can trigger a flare-up of misery. That makes flea control a critical part of maintaining quality of life for these pets.

Ask your veterinarian about recommendations for effective parasite prevention and control. Though most of these strategies will likely involve flea-and-tick preventives, other strategies, such as frequent vacuuming and removing ticks promptly, can be highly effective as well.