Hero Rooster and Poodle Save Family From Fire 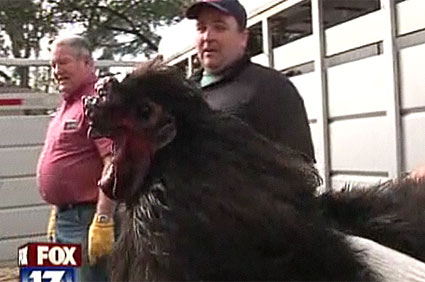 You often hear about hero dogs and, on occasion, hero cats. But, how about a hero rooster? Actually, this courageous cockerel teamed up with a poodle to alert a family to a fire engulfing their Florida home.

Their owner, Brian McIntosh, said that Buddy the Poodle and one of the family’s roosters like to sleep on the back porch. A fan on the porch that was plugged in but not spinning apparently caught fire, according to McIntosh.

The rooster's loud cock-a-doodle-doo-ing coupled with the dog’s constant barking eventually forced the family to wake up and discover the flames.

The six family members within the house managed to escape before the fire started to tear through the roof and destroy their home.

“My dad said [Buddy] was barking louder than he ever did," McIntosh said.