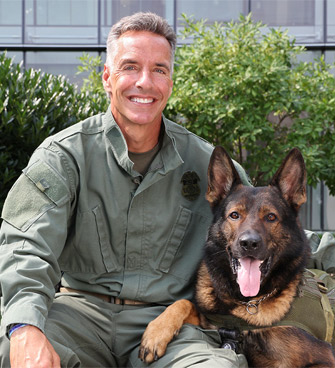 Alison Landis Stone / Stone Creative Images
Jeffery Perryman and his current partner, Ike, are among the human and canine agents who make up the force of protectors with the Bureau of Alcohol, Tobacco, Firearms and Explosives Special Response Team Canine Program.

Heroes are born every day.And some of them sport fur and enhanced senses of hearing and smell above their human counterparts. Such are some of the heroes of the Special Response Team (SRT) tactical canine program, a unique program developed by the Bureau of Alcohol, Tobacco, Firearms and Explosives (ATF). While many law enforcement agencies use canines in police and security roles, the ATF says they take it a step further by training the dogs to deploy in high-risk tactical environments, as well as socialize in numerous functions where the dogs show their very gentle nature.

ATF SRT canines work with their handlers in a variety of fashions, including working with tactical teams to clear buildings and other target locations in search of violent criminals, performing searches for hidden suspects, conducting tracking and large area search missions, and, as a last resort, attacking violent criminals who pose a threat to the public. One of the benefits of deploying with a canine, says Jeffrey Perryman, the Special Response Team Canine Program Manager/Handler, is the dog’s ability to use its senses — the dog’s sense of smell, hearing, and overall instincts — to locate or apprehend criminals, which Perryman says in turn enhances safety for the agents and the public. Here are some of the amazing canines and handlers who protect us every day.


A Canine Program Is Born: Boomer and Jeff Perryman

In 2000, the agency tested a pilot program whereby an ATF special agent would train with a canine. This canine team would then be attached to SRT 1, which covered 14 states in the Midwest, and assist in the mission to fight violent crime across the country. ATF was the first organization within the Department of Justice to have a full-time handler and canine attached to a federal team.

Special Agent Jeffrey Perryman was selected as the first handler, and was paired with his first canine partner — a remarkable dog named Boomer. Perryman and Boomer were trained by two very talented K9 law enforcement officers named Terry and Diane Shoenbach. Over the years, Perryman and his dogs have also trained at the K9 Advanced Training Facility in Taylor, Michigan, and Cher Car Kennels in St. Johns, Michigan. In their first year together, Perryman and Boomer were involved in numerous operations, but two in particular highlighted the unique talents of an ATF handler working in harmony with a canine partner. The first example was a case where a suspect who’d seriously assaulted an individual in Lincoln, Nebraska, was reported to be holed up in a house. After a thorough search, human agents found one individual but found no sign of the primary suspect. So Perryman requested to let Boomer search the house. Perryman thought it would be a good piece of training for Boomer to search a structure he’d never seen.

Canine Heroes of the ATF 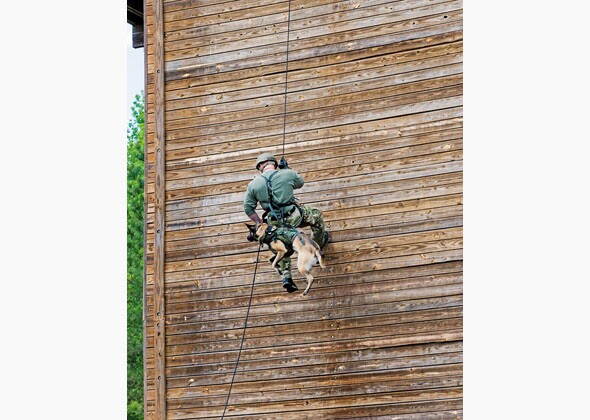 The ATF trains dogs to work in high-risk tactical environments. The canines are also socialized at functions where the dogs show their gentle natures. 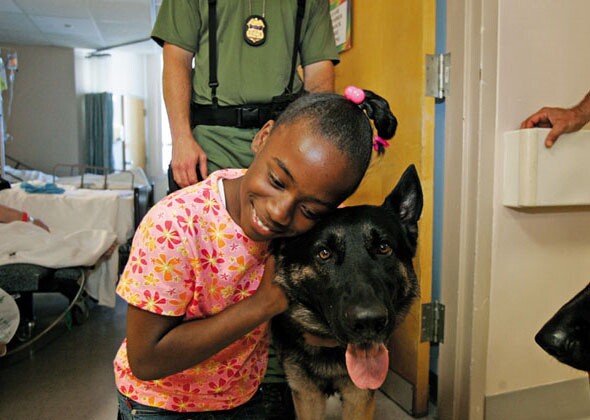 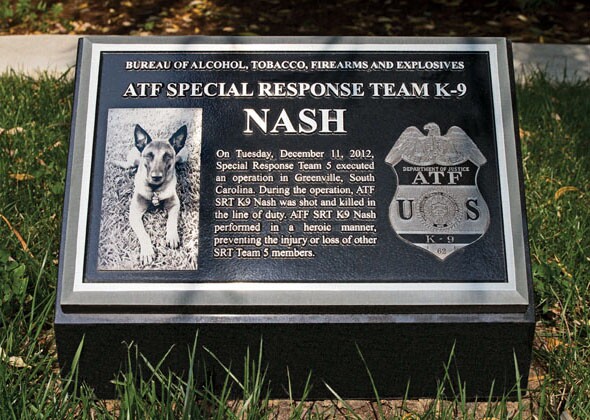 During a violent home robbery, a suspect began shooting at agents. One of the canine agents, Nash, diverted the shooter's attention, taking a bullet and losing his life. 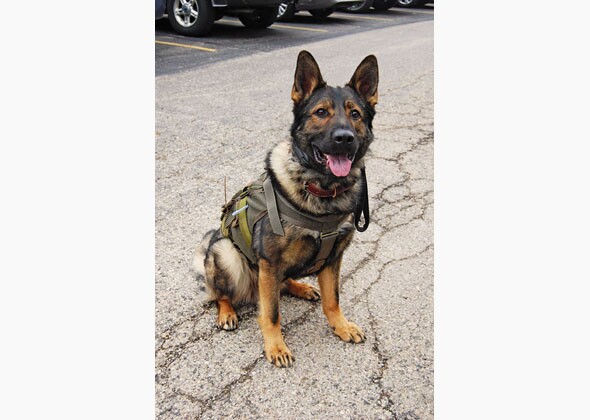 Axel is dressed and ready for work.