Home ›
Our Pet Experts ›
Laura Cross ›
How Common Are Dog Bites? Ask the 4.7 Million People Who Are Bitten Each Year

How Common Are Dog Bites? Ask the 4.7 Million People Who Are Bitten Each Year 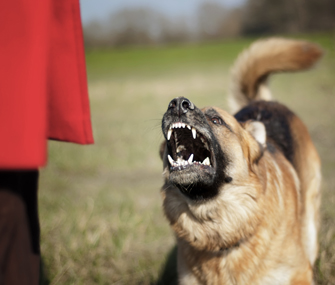 According to the Center for Disease Control, dogs bite about 4.7 million people each year — and most of these victims are children, senior citizens and mail carriers.

To raise more awareness about the potentially fatal scenario, the U.S. Postal Service, the American Veterinary Medical Association and State Farm Insurance have teamed up to spread the word during National Dog Bite Prevention Week (May 20–26).

Here's a look at some of national statistics around dog bites:

1. Approximately 400,000 children are bitten annually — and they are much more likely to be severely injured than adults.

2. According to the American Society of Plastic Surgeons, almost 30,000 reconstructive procedures performed in 2011 stemmed from dog bites, and most of the patients were kids.

Don’t want to fall victim to a dog bite? To minimize the risk, the AVMA recommends being vigilant around canines whom you don’t know, as well as never leave a baby or a child unattended with a dog. And always ask permission before petting someone's pup.

Be sure to go to the AVMA's Dog Bite Prevention Week site to learn even more about dog behavior and keeping you and your family safe. Also, look for Vetstreet's feature on dog bite prevention which will be published this week.