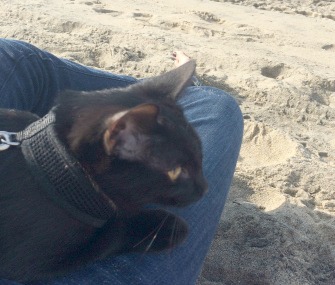 There’s something about cats that tends to inspire passionate emotions. Many times, folks who love catsreally love cats. Those who don’t love them, though, often admit to downright despisement for the feline kind.

Cats are often misunderstood, but those who take the time to get to know cats are usually surprised by how wonderful cats really are (not to mention all the life lessons those feline friends can teach). In fact, sometimes the people who are now most passionate about their cats are the very people who swore they'd never share a home with one.

Connie Kwon of Los Angeles admits she once disliked cats immensely. “I used to fear cats, avoid them, run the other way on the street when I saw one and wouldn't dare pet one,” she says. “I think I saw too many videos of cats attacking and scratching people,” she explains. Plus she adds, she couldn’t read cats’ expressions, “So I didn't trust them.”

That’s why she was surprised when her boyfriend brought home a stray kitten one day. “I was livid at first,” she says. “We had a bit of a fight over it.” But, the little cat had nowhere to go, so Kwon relented and soon she fell in love with the kitten they named Nox.

Right away, she couldn’t believe how affectionate and social Nox was. “He completely demolished every bad stereotype I had about cats!” Now Kwon dotes on the cat, even taking him for walks on a leash (much to her boyfriend’s chagrin!). And, Nox has changed Kwon’s mind about all cats, not just her favorite feline. “Now I want more!” she says with a laugh. 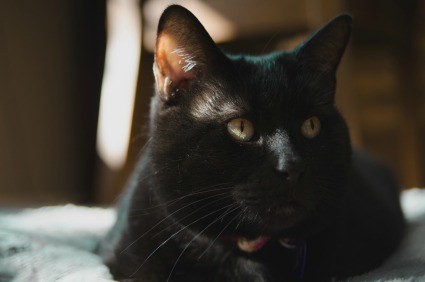 Photo credit: Hunter Henson
It's not hard to see how Izzy won over her owner's heart.

Eve Henson of Columbus, Ohio, says she never liked cats after a family friend’s cat hissed at her and tried to bite her. “I had a negative thing in my head about cats,” she confesses. “I used to say, ‘I love all animals, but I don’t really like cats.’”

Fast forward to years later, when Henson’s daughter begged her for a cat. “I said, ‘No, no, no.’ Then, I’m not sure why I caved, but I did.” Henson agreed to adopt a cat on two conditions: Her daughter would have to take care of the cat, and if the resident dogs didn’t like the new feline, the family would find another home for the cat.
It turned out that Izzy the cat didn’t warm up to Henson’s daughter’s affectionate ways. Izzy did, however, prefer Henson, the one person in the household who didn’t pay her much attention at all. Henson was shocked by how quickly she grew fond of the cat. Now, they’re inseparable.

“She’s my Izzy Kitty,” Henson says with a laugh, as she explains how Izzy loves to crawl into her lap and roll on her back for tummy rubs.

Her friends and family who knew how Henson felt about cats previously are amused by her new status as a cat person. But, Henson knows they, too, could be converted. “Cats get a bad rap, and people’s opinions might change if they’d open their minds,” she says.