How Social Media Bettered the Lives of Countless Animals This Year 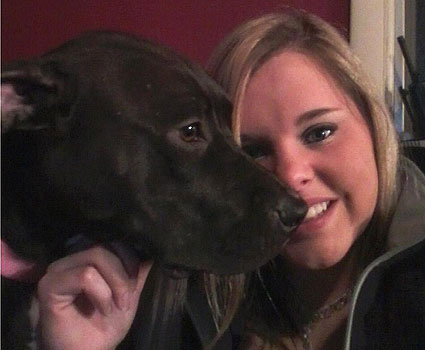 It's hard to remember a time when people didn't walk down the street, smartphones in hand, engrossed in sharing a must-read-now post about a salacious celebrity mishap or the cutest animal video ever. Of course, when it comes to critters, the wonderful world of social media doesn't begin and end with squeal-worthy YouTube uploads.

This year, thousands of animals got some much-needed help thanks to a few savvy social media-driven initiatives and even some simple — yet serendipitous — Facebook connections.

With the New Year around the corner, we wanted to take a look at our favorite social media feel-good stories of 2011 — and there's a lot to "like"!

Last month, Aimee Ryding posted a picture of Jewel, a dog she’d rescued from a kill shelter, on the Facebook page she uses for her Michigan-based rescue. Her goal was to simply find the Pit Bull a new home. "She was a wonderful dog, and I had a feeling that she was someone's pet," Ryding said.

Well, Ryding did find Jewel a home — with her original owner.

A friend of Jewel’s original owner spotted the photo of the dog, who’d been missing for a year, and thought it looked a lot like her friend Faith Loyd’s dog, Vegas. A meeting between Ryding and Loyd was arranged — and there was no doubt that Jewel was, in fact, Vegas.

“She recognized her owner and jumped right into her arms,” Ryding saidof the homecoming. “[Loyd] just cried — she didn’t think that she’d ever see her again. If it wasn’t for Facebook, they would not have been reunited.”

Tornados and Cobras and a Wayward JFK Cat, Oh My!

Social media is “a great equalizer,” said Jon Dunn, senior manager of online strategy for the Best Friends Animal Society. “Some smaller organizations are using the tools in the right way and they’re very successful. Social media allows anyone to tell a story.”

This can be especially true when the story to tell entails reuniting pets and owners affected by tragedy — as was the case in May, when twisters touched down in Missouri. People were able to post pictures of animals they had either found or beloved pets who were missing via Flickr and a Facebook page, which amassed more than 16,000 followers. 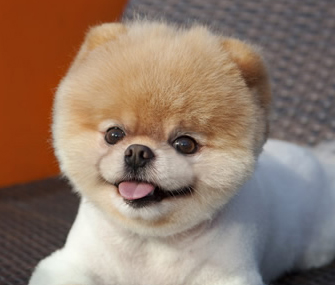 According to the St. Louis Post-Dispatch, at least 370 pets were reunited with their families in the first three weeks following the disaster.

Facebook also played a big part in the life of Jack the Cat, who disappeared at JFK International Airport in August after his owner checked him onto a flight. A friend of the owner who started a page for Jack recently wrote that although the cat wasn't found in time to save him, “Facebook is an amazing tool... it brings people together; it helps people to speak with a common voice; it demonstrates that the concerns of one person are not theirs alone.”

To date, Jack’s page has close to 26,000 followers, and it has evolved into a community where pet lovers can post concerns about airline transport and even put out calls for other missing animals.

On a lighter note, Mashable published a story earlier this year on 10 animals with more social-media followers than several major media outlets. The list included the BronxZoosCobra, whose fictional tweets about his time on the town in New York City captivated the country after he escaped from his cage in March. And let's not forget social media top dog Boo, who now has more than 2.5 million followers on Facebook.

A PR initiative is only as good as its outreach. And no one knows this better than the Utah-based Best Friends Animal Society, which works with shelters to place animals once considered unadoptable.

This year, the organization created a campaign around an idea borrowed from the 1970s: invisible dog leashes. The premise was that “there are thousands, maybe millions of dogs across the U.S.” who are invisible simply because they're in shelters where people can't see them. 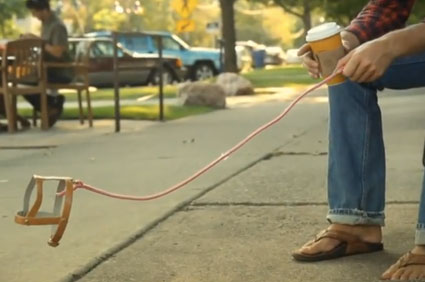 Best Friends / YouTube
A man holds a petless leash in a spot from the Best Friends Invisible Dog campaign.

As part of the campaign, every Twitter post that the organization sends out includes the hashtag #invisibledogs to raise awareness. They also teamed up with Foursquare in November and launched a National Animal Shelter Check-in Day, which generated 2,400 check-ins.

The Shelter Pet Project used a similar tactic in a series of spots released in November from the Ad Council, creators of such iconic campaigns as Smokey Bear’s "Only You Can Prevent Forest Fires."

Each spot provides a hilarious adopted pet’s-eye view of human behavior — making the series ripe for Internet success. Before it even hit television airwaves, the Sand Box had been viewed 600,000 times online. (You can see more of the spots on YouTube.)

The theory behind the campaign: If the organization can get people talking about adopted pets via social media, their friends may be more likely to consider rescuing a shelter pet of their own.

“Social media has been a huge boon to this campaign,” said Lynn Spivak, communications director for Maddie’s Fund, one of the partners in the project. And, it seems, a huge boon to all animals this year.

As 2011 wraps up, we've got those smartphones in hand — ready to share the success stories (and funny cat videos) that 2012 likely has in store for our furry friends.