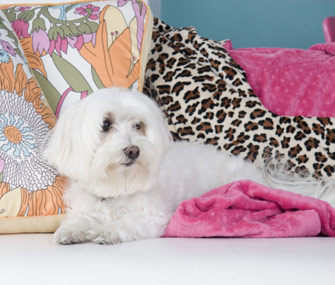 Shortly after my 17-year-old Maltese died, the wind picked up. It was early evening in mid-June, and a warm gust blew across the North Texas prairie, swirling the dust outside the vet’s office.

Tibetan Buddhists believe that when someone dies, angels take the soul into the heavens, which is a windy place where that soul awaits reincarnation. Perhaps the wind blew through as the door to the other side opened for my little Bogey. Perhaps it was nothing like that.

Regardless, I knew nothing of the wind that night. I wasn’t there.

My friend Andy tended to Bogey in those last minutes of his life, held him while the vet administered the meds that would render him unconscious and then stop his heart, then stayed with him while the heat left his body.

We didn’t plan it that way. I had always felt a responsibility to see my pets through to the end, but when the time came for Bogey, I was on another continent. And the truth is, I was grateful to be relieved of the burden of that very hard thing. Much to my surprise, that fact didn't make me feel like the worst person ever.

After my return, I was explaining to my friend Jennifer about the turn of events, how I felt a complex mix of grief, relief and guilt. Yes, I was devastated about the loss of my pet, and yet, I was glad I hadn’t had to attend his death. And I wondered if I’d not only failed my dog in life by not being there with him at the end, but if I’d also failed him in death by not feeling horrible about my absence.

Jennifer shared that her mother had done the same for her sick Boston Terrier, and that she’d taken care of a boyfriend’s elderly cat’s last moments. I started asking around: Was this a thing? Another friend said that he’d agreed to handle the euthanasia of a friend’s dog after the dog was diagnosed with advanced cancer, and then he offered to do the same for my pets in the future.

This selfless act is, apparently, something that some people do for each other. And now that it’s happened to me, I know that these people are heroes — and that the pet owners who accept this heroism are not cowards. In Jennifer’s words: “We are just lucky that we have people in our lives who love us enough to do this for us.”

Fifteen months before Bogey passed, our veterinarian diagnosed him with chronic pancreatitis, early kidney disease and low thyroid function. At the time, he was so ill, our vet suggested that I consider euthanasia.

Instead, I took him home. One tablespoon of chicken baby food (suggested by my vet) at a time, he improved. “It’s a miracle!” I exclaimed to the vet four days later — but Bogey was fragile on and off for a long time. Things would be better, then they’d be worse, but despite Bogey’s advanced age, I wasn’t ready to say goodbye. I realize now, I would never be ready to say goodbye.

More than a year later, there I was: leaving on the trip of a lifetime, to see Machu Picchu and then spend a week on a boat in the Galapagos Islands. The trip had taken most of a year to plan (as well as a significant amount of savings). It was not an easy decision to leave my sweet dog, but the opportunity for this particular trip would not exist a year or two down the road. If I was going on this adventure, this was my chance.

By that time, I’d established an elaborate protocol for Bogey that entailed several expensive low-fat foods, pain meds in the morning and six to ten trips per day outside in an effort to deny the fact that he was no longer really housebroken. He couldn’t hear. He could barely see. And he’d long given up taking the stairs, so I cradled him like a baby and carried him. It wasn’t a routine I was proud of, but it was buying me one more day — day after day.

Bogey was fine for the first part of my trip — as fine as a sick, old dog could be, that is — but during the second week, his health failed. Andy took him to the vet, but meds and fluids didn’t help. I was wracked with anxiety. “How could I have gone off and left my dog?” I thought. “What kind of heartless human leaves an elderly pet for two weeks?” Seeking comfort, I typed to Andy: “Maybe there's something you can report to make me feel better, like he is still moving around the apartment and cuddling at night.”

That evening, a reply: “Call me right now.”