Home ›
Our Pet Experts ›
Nora Zelevansky ›
I Work With Animals: My Life as an Egg Farmer

I Work With Animals: My Life as an Egg Farmer 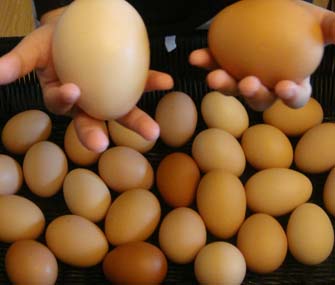 Hidden behind everything from garden apartments in Brooklyn, N.Y., to charming bungalows in Portland, Ore., urban chicken coops abound. Even celebrities like Jennifer Aniston, Reese Witherspoon and Martha Stewart enjoy fresh eggs plucked from their own backyards.

Few people fly the coop (so to speak) and leave a former life behind to become a full-fledged chicken farmer, but that’s exactly what Souriya Khamvongsa — along with his wife, Sophin, and son, Phoenix — is well on his way to doing with his venture, Phoenix’s Egg Farm.

The now professional Oregon farmer talks to Vetstreet about what it's like to harbor a passion for chicken farming. Last one to read on is a rotten egg!

Q. What is your background? Does farming run in your blood?

"I started college on a science track, but I graduated with a double major in business marketing and finance, which has [turned out to be] very useful because a farmer needs to be good at sales and marketing — on top of being able to farm.

"When I told my dad that I wanted to have a chicken farm, he said, 'Are you sure you want to do that? It’s not easy work.' He was right."

Q. What was your life like before you started this venture?

A. "Six years ago, we moved from Portland to the country because I wanted a quieter life. I also wanted to make the move to start farming, but I didn’t think it would be on a scale where we would make a business out of it. I thought we’d just have produce for friends and family.

"Professionally, I was (and still am) an environmental health specialist, which means that I’m an expert on food safety and environmental sanitation, so I was already intimate with all of the rules and regulations of farming.

"Once I got some chickens, it quickly became addictive. I started out with three, and that grew to 10 and then 20 and then 50 and then 100 chickens by the end of a year. We began selling to our neighbors, and once we advertised, we had a steady stream of customers. In fact, it quickly got to the point where I had to make reservations with customers a week beforehand in order to supply them with eggs!" 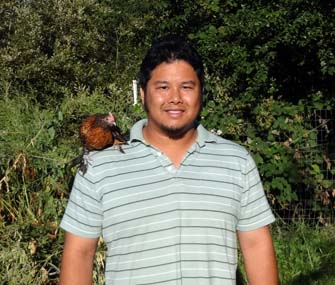 Q. At what point did you decide to turn this into a serious business?

A. "Three or four years ago, we looked into having an actual egg farm. We went to the U.S. Department of Agriculture and gave them a detailed month’s worth of business analysis. Once we were approved, they helped us with a startup loan for the farming operation.

"At that point, we got into the coops, smaller shops and, as our chickens started to lay more eggs, bigger stores like Whole Foods. We’re now in about 25 stores — and it’s keeping us busier than ever."