Home ›
Our Pet Experts ›
Dr. Mary Fuller ›
Is Surgery the Only Option for Cruciate Ligament Tears?

Is Surgery the Only Option for Cruciate Ligament Tears? 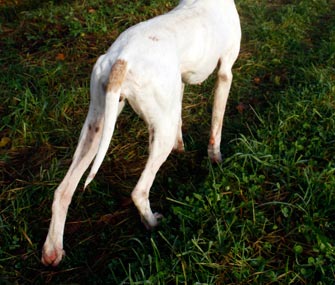 The pain of a cranial cruciate ligament (CCL) rupture is usually obvious — most dogs will dangle their rear limb in the air and put little or no weight on it.But owners feel the pain too. In 2003, dog owners in the United States spent $1.32 billion in surgical and medical management of this common knee condition.

For most dogs with CCL ruptures, surgery is the treatment of choice. But at the recent Western Veterinary Conference, Dr. Michael Conzemius, a professor of surgery at the University of Minnesota, revealed new study data that may change the way veterinarians approach CCL disease.

What Is a CCL Tear?

The CCL is a tough band of tissue that helps stabilize the knee joint by controlling the movement of the femur — thigh bone — where it meets the tibia — shin bone — in the knee.Like anterior cruciate ligament injuries common in human athletes, CCLs in dogs can rupture suddenly due to trauma. But most tear slowly over time, causing joint instability, which leads to inflammation, pain and arthritic changes.

Any dog (or cat, less commonly) can develop this condition. But CCL ruptures tend to occur more often in large-breed and overweight dogs.

Surgery vs. No Surgery

While surgery is usually recommended to stabilize the knee joint, at the recent veterinary conference, Dr. Conzemius shared the surprising results of a recent University of Minnesota study that may point to other options.

Researchers based treatment success on two factors: 1) owners reporting a 10 percent improvement in leg function and quality of life, and 2) force platform gait analysis (which provides an objective measurement of the amount of weight a dog places on a limb) demonstrating weight bearing within 85 percent of normal.

Although surgery still offers the best prognosis, these findings suggest that for some dogs, especially those for which anesthesia may be risky, forgoing surgery may be an option. Weight control, pain medication and physical therapy may not lead to as much improvement as surgery, but for some owners the results may be acceptable.

Dr. Conzemius expects the study to be published in veterinary journals in the next few months.