Home ›
Our Pet Experts ›
Dr. Nancy Kay ›
Is Your Pet Overindulging This Season? Watch Out for Pancreatitis in Dogs

Is Your Pet Overindulging This Season? Watch Out for Pancreatitis in Dogs 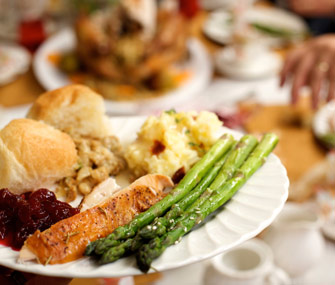 ’Tis the season for family gatherings, gift giving and food galore. Veterinarians know this is also the season for canine pancreatitis (inflammation of the pancreas), a painful, potentially life-threatening condition most commonly caused by overindulgence in foods that are particularly rich or fatty. And what kitchen isn’t overflowing with such foods this time of year?

What Is the Pancreas?

The pancreas is a thin, boomerang-shaped, delicate-appearing organ that resides in the abdominal cavity, tucked up against the stomach and small intestine. Though the pancreas may be diminutive in appearance, its actions are mighty! It is the body’s source of insulin (necessary for controlling blood sugar levels) as well as digestive enzymes, which are necessary for proper absorption of nutrients. When pancreatitis is chronic or particularly severe, this little factory sometimes permanently closes down, resulting in diabetes mellitus and/or exocrine pancreatic insufficiency, requiring insulin injections and digestive enzyme replacement therapy, respectively.

When a dog eats, enzymes are released from the pancreas into the small intestine where they are activated for food digestion. Sometimes, for reasons we do not fully understand, these enzymes are activated within the pancreas itself, resulting in the inflammation of pancreatitis. In addition to eating rich or fatty foods, other known causes of pancreatitis include hormonal imbalances, inherited defects in fat metabolism and some medications. For some affected dogs, an underlying cause is never found. Symptoms associated with pancreatitis are variable but may include vomiting, abdominal discomfort, and decreased activity and appetite.

How a Vet Diagnoses Pancreatitis

Short of performing a pancreatic biopsy (a surgical procedure), diagnosing pancreatitis can be challenging, because noninvasive tests are fraught with false-negative and false-positive results. Veterinarians must rely on a combination of the following:

There is no cure for pancreatitis — much like a bruise, the inflammation must resolve on its own. Treatment consists of hospitalization for the administration of intravenous fluids, antibiotics to prevent secondary infection or abscess formation, and injectable medications to control vomiting, pain and stomach acid secretion. Affected dogs should ideally be monitored around the clock for the life-threatening complications that sometimes accompany pancreatitis, such as kidney failure, heart rhythm abnormalities, respiratory distress and bleeding disorders. If your dog has pancreatitis, count on a minimum of two to three days of hospitalization and be sure to ask who will be caring for your dog during the night.

At-home treatment for pancreatitis typically involves feeding a low-fat or fat-free diet. This may be a life-long recommendation, particularly if your dog has been a repeat offender. Most dogs fully recover with appropriate therapy; however, some succumb to complications associated with pancreatitis.

Some people dream of sugarplum fairies, a white Christmas and stress-free family gatherings. I’m dreaming of a holiday season in which not a single dog develops pancreatitis!

Wishing you and your four-legged family members a joyful and healthy holiday season.