Home ›
Our Pet Experts ›
Dr. Patty Khuly ›
Is Your Dog Scared of Storms? Don’t Worry… There’s Gear for That!

Is Your Dog Scared of Storms? Don’t Worry… There’s Gear for That! 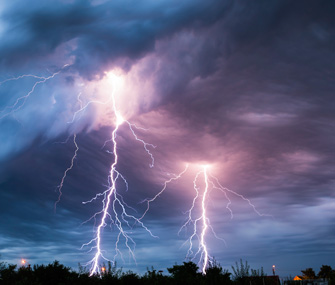 Last week’s patient was a pro. Actually, Arkana’s a retired pro — a forever-homed military working dog who’s been back from Afghanistan a couple of years now. Yes, after working for years in the field as a bomb dog, this 13-year-old Belgian Malinois is now living in the lap of luxury as yet another pampered Florida retiree.

With that kind of intro, you’d think it unlikely I’d be using Arkana as an example of any kind of phobia — much less a noise-based anxiety like thunderstorm phobia — but like so many other dogs, this war hero turns into a quivering mess of nerves at the first sign of a storm.

In Arkana’s case it’s more about the storm and less to do with the noise itself (Fourth of July fireworks don’t faze him, for example). The drop in barometric pressure, intensifying winds, and prevalence of static electricity probably play an outsized role. But for most storm phobia sufferers, the sounds of the storm are a big deal too. In fact, for some dogs, this extreme response to a normal feature of everyday summer life is all about the noise itself.

Regardless of the exact trigger, treatment of dogs with thunderstorm phobia focuses on changing each canine patient’s individual response to the presence of storms. Though drugs can be had (and are sometimes appropriate), the ideal approach is to intervene early on — before this typically progressive condition becomes severe enough to warrant a pharmacological component to the solution.

The goal is to teach storm-phobic dogs to relax during thunderstorms. But that’s easier said than done. Especially since the key is to get them to chill –– without inadvertently rewarding them for exhibiting anxious behaviors.

So what’s an owner to do?

For starters, every owner needs to know how to identify a thunderstorm phobic dog: pacing, panting, hiding, seeking human company, and shaking quietly are common early signs worthy of early intervention. Indeed, the condition need never be allowed to progress to chewed blinds and broken teeth to warrant serious attention.