Home ›
Our Pet Experts ›
It’s the Year of the Snake — But Are Reptiles Suitable Pets?

It’s the Year of the Snake — But Are Reptiles Suitable Pets? 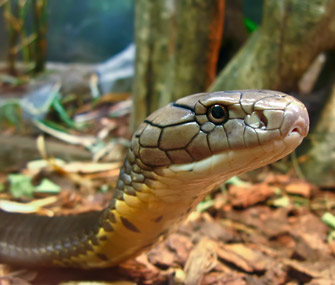 This is the Chinese Year of the Snake, and for many in China, a snake in your house is considered to be a sign of good luck. But how lucky is it for snakes and other reptiles to join someone’s home as a pet? And where do they come from? Let’s take a look.

Here in the United States, snakes and reptiles are popular household pets and part of a billion dollar industry. Approximately 13 million of these fascinating animals are kept as pets, according to a recent survey by the American Pet Products Association. This translates into about 4.6 million U.S. households that own reptiles, including snakes.

Tens of millions of reptiles have been imported into and exported from the U.S. over the past few years, but imports have been declining lately due to economic reasons. The most commonly imported reptiles are iguanas, geckos and lizards, and countries such as Vietnam, El Salvador, Ghana and Indonesia currently ship the most reptiles to the U.S. Unfortunately, many imported reptiles are wild-caught (although they may be falsely labeled as captive-bred), and many will die either during shipment or after their first year of captivity. Since there is no real way to distinguish wild-caught reptiles from captive-bred ones, potential buyers need to realize that every time you buy one of these animals as a pet, you may be inadvertently contributing to the illegal wildlife trade.

Reptiles are usually purchased from local pet shops, exotic pet shows, private citizens and even online. They also are sometimes given away as carnival prizes. Some states and municipalities have prohibited this practice, however, because prize winners (and their parents) are usually unprepared to care for reptiles and their unique needs. Recently, a bill to prohibit using live animals as prizes was introduced in the Arizona legislature. Yet another potential source of these pets is from rescue-related organizations. A cursory search on Petfinder.com shows that many animal shelters and rescues also have unwanted reptiles available for adoption to the right families.