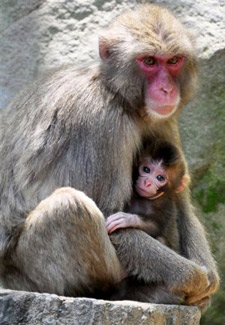 The Takasakiyama Natural Zoological Garden is considering renaming its baby monkey after being flooded with angry calls and emails since announcing Wednesday it would name the animal Charlotte. Britain’s royal family announced Monday that the Duke and Duchess of Cambridge had named their new baby girl Princess Charlotte. Meanwhile, the zoo had held a public ballot from March 27 to May 6, and votes for Charlotte surged after the princess’ name was revealed. But many critics in Japan said giving the princess’ name to a monkey was disrespectful. "We deeply apologize for causing trouble to many people over the naming of the first baby (monkey)," said a statement posted on the zoo's website. "We take these opinions seriously." Zoo officials now plan to seek the advice of the British embassy before making a decision on the name. — Read it from the AP via Yahoo