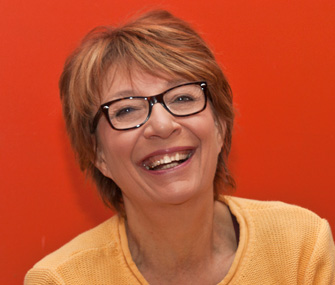 Jenni Laidman's ankle hurts whenever she thinks about rhinos. It's an aching reminder of the time she was rushing to a rhinoceros pedicure appointment and pitched herself down several stairs, breaking her ankle and foot. The rhino went on without her to receive the standard foot grooming that zookeepers must give the rhinos in their care.

Laidman is a freelance journalist and winner of several national awards, including the National Association of Science Writers award for a series on biodiversity changes in the Great Lakes. Animals — both those in human care and those in the wild — have long been an important interest. In pursuit of those stories, she's traveled to the equatorial nation of Gabon on Africa's Atlantic coast to write about the trade in wild animals for food, and she's spent a day on Lake Huron with the U.S. Fish & Wildlife Service looking for the long-lived sturgeon. Among the many topics she's written about are endangered monkeys, genetic testing in dogs and the global decline in amphibian species.

The Cleveland native is based in Louisville, Kentucky (where, of course, she also writes about horses). She lives with her husband, Joey Harrison, and her Standard Poodle, Phoebe.