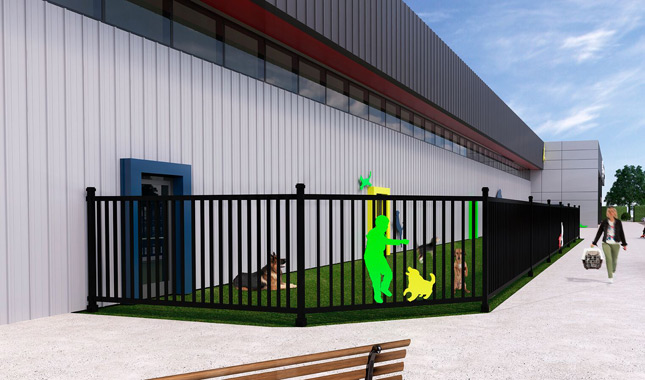 The Ark at JFK

The first phase of an elaborate animal terminal called The ARK officially opened at JFK International Airport in New York on Monday. The $65 million, 178,000-square-foot state-of-the-art facility was set to include a pet resort and bone-shaped dog pool as well as resting stalls for horses and livestock departing from the airport. It also features an aviary quarantine with isolation rooms where birds can have an overnight rest stop before traveling through the U.S. The Ark will be fully operational by the summer, and will also include a veterinary clinic and pet grooming and boarding.