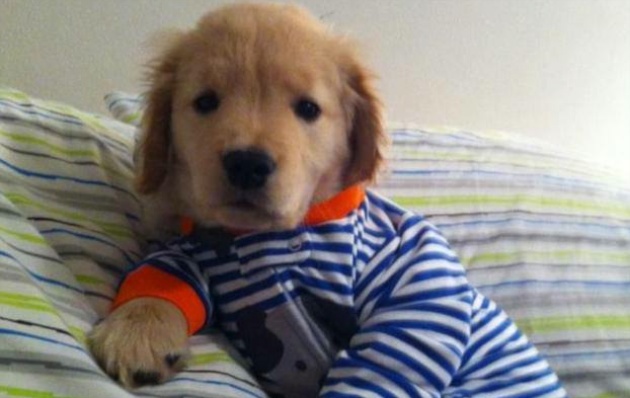 Meet Ray Charles. This 6-month-old blind Golden Retriever puppy isn’t quite as famous as his namesake — yet.

But after being featured on Buzzfeed, the Huffington Post and other news sites this week, the adorable little guy is quickly making a name for himself as an Internet darling.

Born in December, he was one of five pups in his litter. His breeder took him to the veterinarian when he wasn’t playing with his siblings, and discovered that the puppy was born blind, according to his Facebook page.

“Don't feel bad for me! I can run and play and do everything else other dogs that can see do!” he says in his bio.

He now lives in Boston with his “dad” and brothers, Goldens Harley and Jack. And he’s loving the attention that comes with going viral. 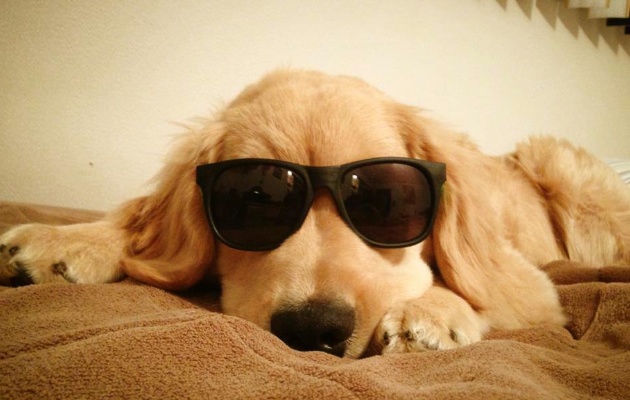 Ray Charles the Golden Retriever / Facebook
"Do you wike my new Way Bands?!" the pup posted with this photo on Facebook.
Google+