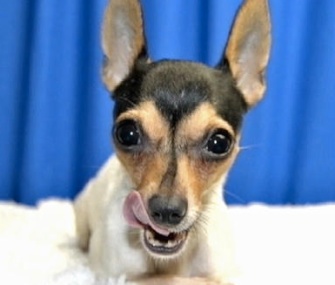 NBC New York
Nika was found on a doorstep in Florida almost three years after she disappeared from her New York home.

Nearly three years after Giuseppe DiBella’s Toy Fox Terrier disappeared from his backyard in New York, she’s been found in Florida. DiBella says he thinks the dog was stolen from his yard. He looked everywhere for her, putting up fliers and checking with local shelters and veterinarians. Then, a few days ago, he got a call from an animal shelter in Marion County, Florida, saying Nika had been found on the doorstep of a home there. They tracked DiBella down through the dog’s microchip. "It was shocking," he said. "I never believed a 5-pound dog —two pounds at the time — would end up in Florida."DiBella hopes to reunite with Nika at Thanksgiving. — Read it at NBC New York