Moving On Up: Wildlife Biologists Relocate Animals for Success

“We make sure the animals don't overheat, that enough vegetation cover exists to make sure we're not making the trapped animals more vulnerable to predators, and life cycle — we wouldn't want to trap a mother who is nursing her young.” 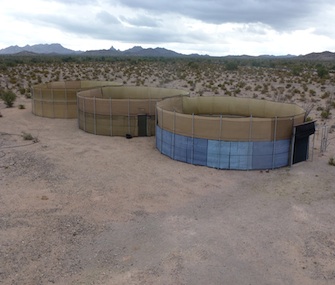 Caution must also be employed to comply with standards established in trapping and moving endangered species. The cottontail is not technically endangered, but “the rabbit is listed [as vulnerable] in New Hampshire and is a candidate for federal listing,” Pau says. During the relocation process, teams working under both Pau and Atkinson take advantage of the chance to handle these marginalized animals by giving each a thorough examination and attaching radio collars or similar tracking devices so tabs can be kept on their migration and population on an ongoing basis.

Moving the pronghorn is clearly an intense process. First, the animals are gently herded into a captive breeding pen, measuring about a square mile in size. “They’re fenced off. We’ve added water and supplemental food and irrigation sources, but they’re ranging in that square mile as wild pronghorn. We maintain them as wild animals,” Atkinson says.

Once the pronghorn are inside the pen, they’re encouraged to enter corral traps — “big structures inside the pen that are essentially a series of concentric circles going into each other with 12-foot-high, lined walls so [the pronghorn] can’t see through them,” Atkinson says.

“We bait them into those structures with alfalfa over a two-month period. One day we’ll set the trap off, watching from a nearby tower with a remote that closes the outer gate and traps as many [pronghorn] as we can get at one time.”

The pronghorn are then broken down into smaller and smaller groups before biologists begin pulling them out one or two at a time, sedating them and flying them via helicopter to their new habitat. “A fairly large crew of people comes down for this process — interagency biologists, vets and a variety of other positions,” Atkinson says. 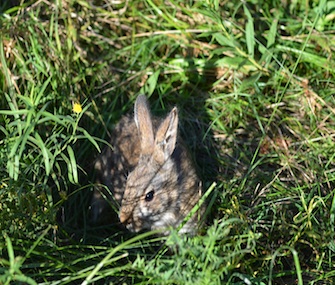 “Once they’re stabilized, we’ll put them in a transport vehicle to the helicopter pad, and then they go to a new holding pen [at their final destination]. That’s the most foolproof way to transport them. These are high-strung animals. It’s not an easy proposition to work with a live pronghorn.”

Pau’s got it a bit easier. “The rabbits are trapped using box traps in the wild and taken to the Roger Williams Park Zoo in Rhode Island where they are bred," she says. "[Their young] are brought to Great Bay National Wildlife Refuge in Newington, N.H., where they can get used to their natural environment in a protected area before they are released to their final home. Typically, at least two people are needed [for this process].”

In the case of the pronghorn, it may seem like a bit much — all this caution taken just to move a small herd of antelope-esque creatures over a few hundred miles of desert. But other methods can put the pronghorn at unnecessary risk — something Atkinson and anyone else working with sensitive animal populations want to minimize as much as possible. “Any mortality to us is unacceptable,” he says.

“We put [the pronghorn] under full general anesthesia when they leave the corral pen to go to the transport truck, and they’re under full anesthesia during the helicopter ride. We take them two at a time — inside the ship they’re on a special little gurney in the back seat behind the pilot. There’s a veterinary team inside with them. For each pronghorn there’s a vet riding ... with the animal in case it needs something during the 90-minute flight. Then we reverse the anesthesia when we get them to the new holding pen. We’ve had a lot of success with this method. We’ve moved over 200 animals in the past four years with the loss of only a couple.” 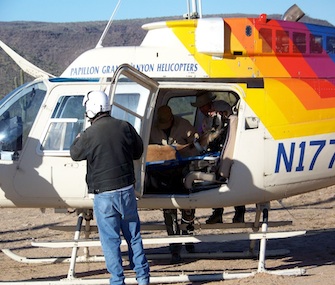 Credit: U.S. Fish and Wildlife Service
A sedated Sonoran pronghorn is loaded into a transport helicopter for relocation.

Pau focuses more on the long-term outlook for her rabbits. Trapping and breeding the animals is a fairly straightforward proposition, but monitoring the success of captive breeding programs over time is the crux of the issue.

“For the New England cottontail, we feel that intervention is necessary to keep the population viable in the near future,” Pau says. “Most of these animals are living in very small patches of shrubs that are separated by major roads, making it difficult for them to find mates. Captive breeding offers an opportunity to increase the genetic diversity in these populations, keeping them viable while we restore their habitat.”

For Atkinson and his team, relocating the pronghorn is a long-term project, but one that is certainly worth the work. “As far as a recovery strategy goes, [herd relocation is] akin to not having all your eggs in one basket,” he says.

“The more baskets, the more likely you are to withstand environmental extremes. If there’s a really bad drought in one part of the desert, the pronghorn would not be able to survive that year, and you might lose several adults. One hundred miles away, the conditions are better, and that [pronghorn] population actually increases. It’s kind of like having a diverse investment portfolio — it lends a measure of overall stability to the recovery effort.”